After 2nd Place Finish, ROTC Program to Compete at the National Sandhurst Competition 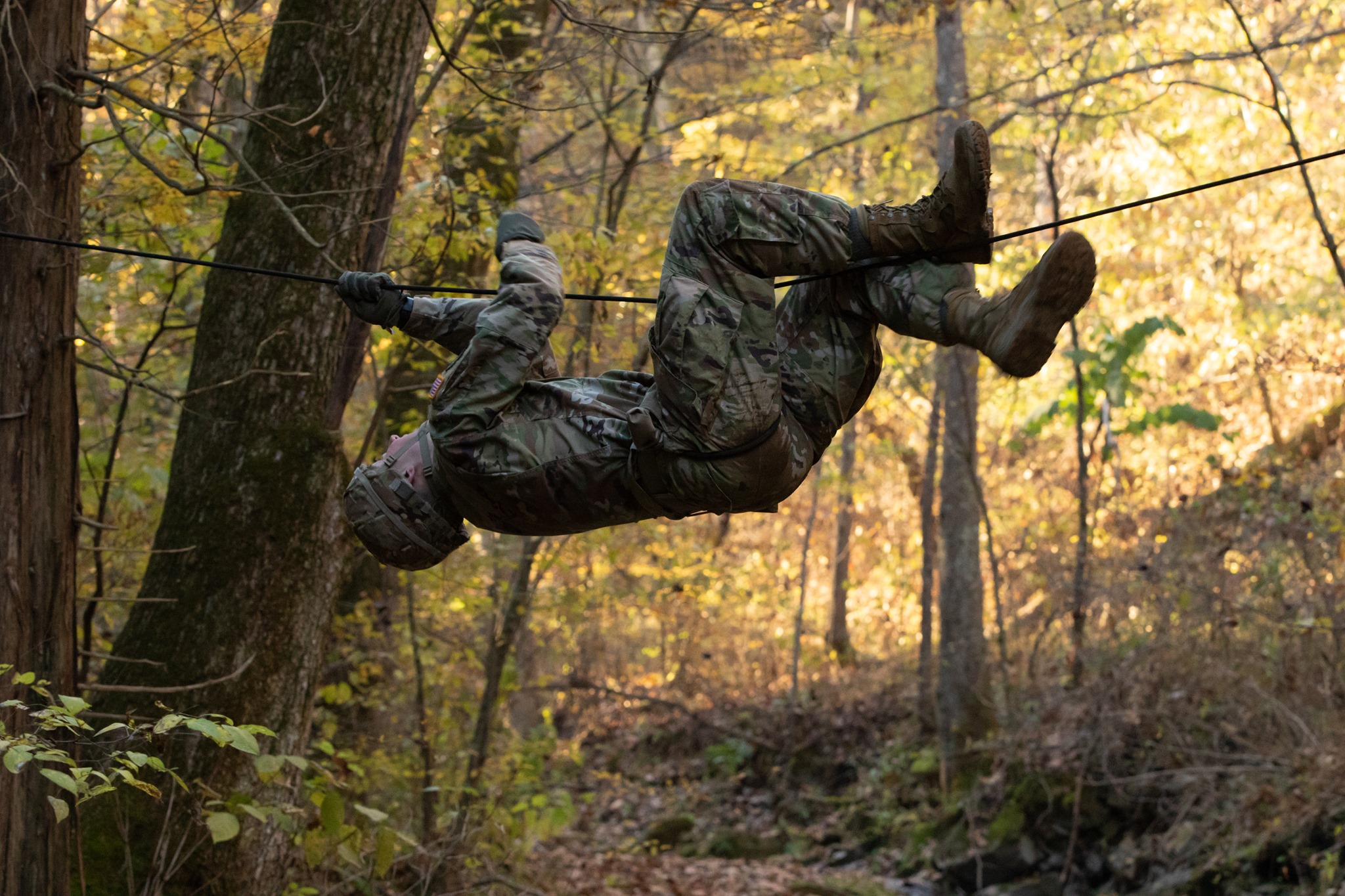 MSU’s ROTC program represented true Spartan spirit at the 7th ROTC Brigade Ranger Challenge in Fort Knox, Kentucky, where they placed 2nd out of 38 teams last November. For months, the ten competing students went through rigorous training to prepare for the competition, and their hard work paid off. The students will now go on to compete at the national Sandhurst Competition at the U.S. Military Academy in April 2022.

During the three-day competition at Fort Knox, MSU’s team completed an array of timed challenges, including army tasks, physical fitness tasks, and critical thinking tests. Students had to run six-to-ten miles, finish a “ruck march” carrying 60 pounds of gear, navigate the woods with nothing but a compass and map, and train with various weapons at a rifle range.

“I think our success at the competition is really a testament to the culture we have at the MSU ROTC program,” said Cadet Erik Nygard, who competed for MSU in the Ranger Challenge. “From everyone on the team making the time to train despite busy work and school schedules and always showing up with a positive attitude to the exceptional cadre who took the time and effort to make sure we had all the resources we needed and sharing their own knowledge and experience, it was very much a team effort and it was really satisfying to see all that time and effort culminate into the result we wanted.” 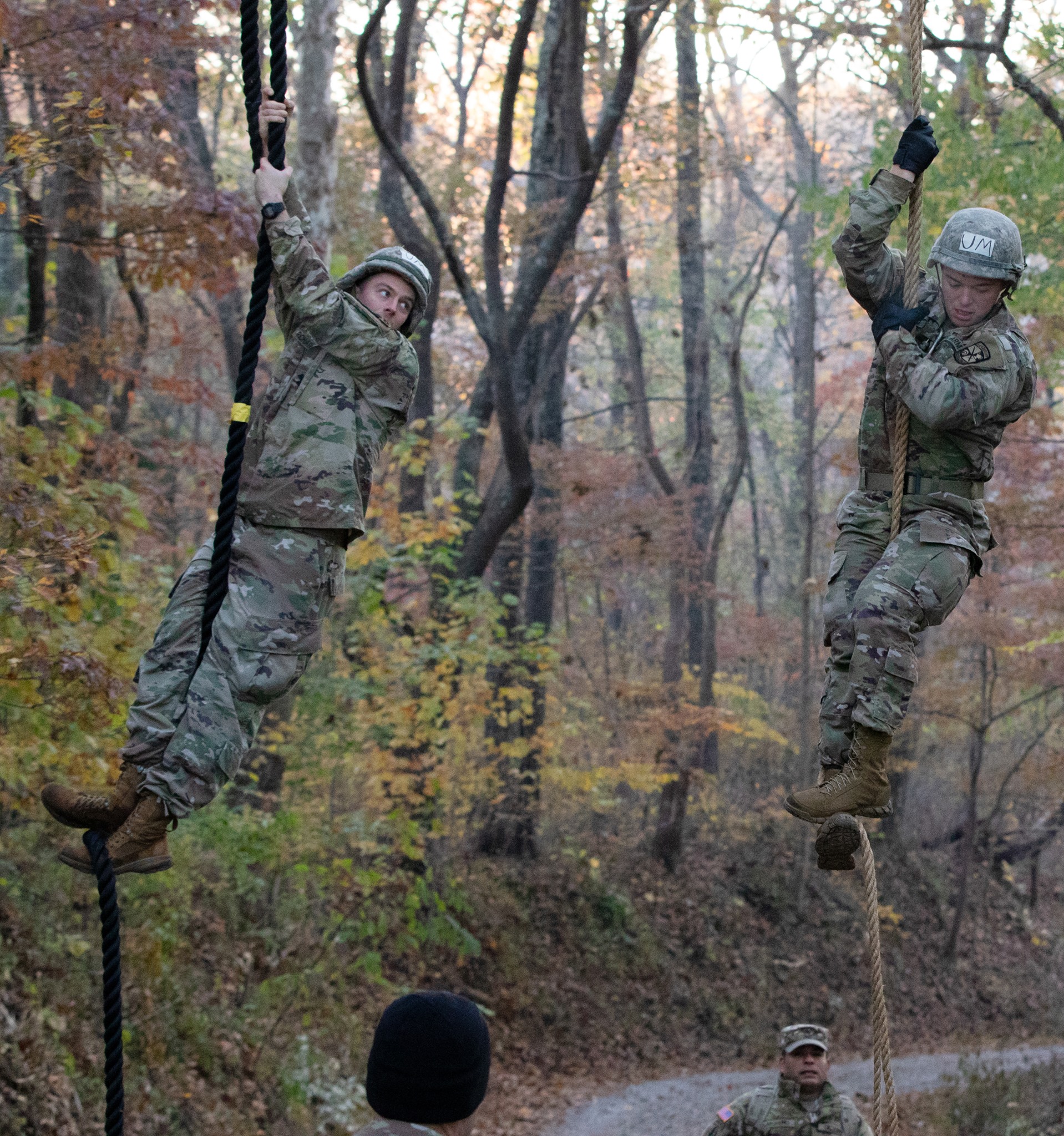 That time and effort took the form of a demanding, competitive tryout and training scheme. CPT Nick Ondovcsik helped host small-level tryouts that gave students a taste of what they would be facing at the regional Ranger Challenge. This included a 12-mile road march with a 40-pound backpack, a five-mile run in less than 40 minutes, 49 push-ups, 62 sit-ups, six pull-ups, and a Ranger Physical Assessment Test (RPAT). The RPAT is a physically grueling assessment as well, starting with a two-mile run, 30 ft rope climb, 45-pound plate push, eight ft wall climb, and ending with a one-mile run.

“You’re not going to be an expert at all of the tasks, especially when you have ten different, diverse people,” Ondovcsik said. “As far as the Army goes, some people have only been in for a couple of weeks and others have been in the program for four years. So, it’s important to know how to focus your effort, time, and energy.”

After making small cuts to a group of 30 volunteer students, Ondovcsik was left with two teams of ten. He then trained both teams as if they were each going to the Brigade, and then hosted a competition between both teams to determine which group would go to the regional Ranger Challenge competition.

Each team was made up of a diverse range of students, including at least one student from each grade level and at least three female students. Students spanned across all 16 army branches, with some being active duty and some in reserve. Regardless of their duty status, all students had an impressive work ethic, standards, and dedication to teamwork, according to Ondovcsik.

“It’s been really rewarding to develop teams like this. It’s rewarding to see them go through the entire process,” Ondovcsik said. “Relationships are definitely a highlight. It’s all about relationships. Regardless of the Army’s mission, it’s a people business, so building those relationships is important.”

“In the competition, you had an obligation to not just yourself, but to your team, the ROTC program, and even Michigan State University,” said Cadet Gracie Droz. “We all were striving towards a common goal and in the end, we all knew we could not do this without one another. There was always going to be a team that was stronger or more skilled, but I think our teamwork is what put us over the top.”

This combination of humility with unshakable belief in the power teamwork seems to be a common theme.

“I think we were very well prepared for the competition but probably weren’t the smartest, fastest, or strongest team,” said Nygaard. “Towards the end of the competition all the teams are hungry, tired, sore, etc. so the playing field becomes pretty level, and you can really start to see what teams have a strong culture and are willing to give that extra push for their teammates which I think gave us a huge advantage finishing out the competition.”