MSU’s history spans back nearly two centuries—beginning in 1855 when the university, first known as the Agricultural College of the State of Michigan in East Lansing, consisted of a mere 3 buildings, 5 faculty members, and 63 white, male students. Over the past decades, MSU has endured transformational change, and the modern university is a far cry from the original, bolstering 560 buildings, 13,000 faculty and staff, and a diverse 50,000+ student body. Not all history has been lost, though, as some buildings managed to stand the test of time. Below are 10 buildings that serve as a time capsule to MSU’s past. 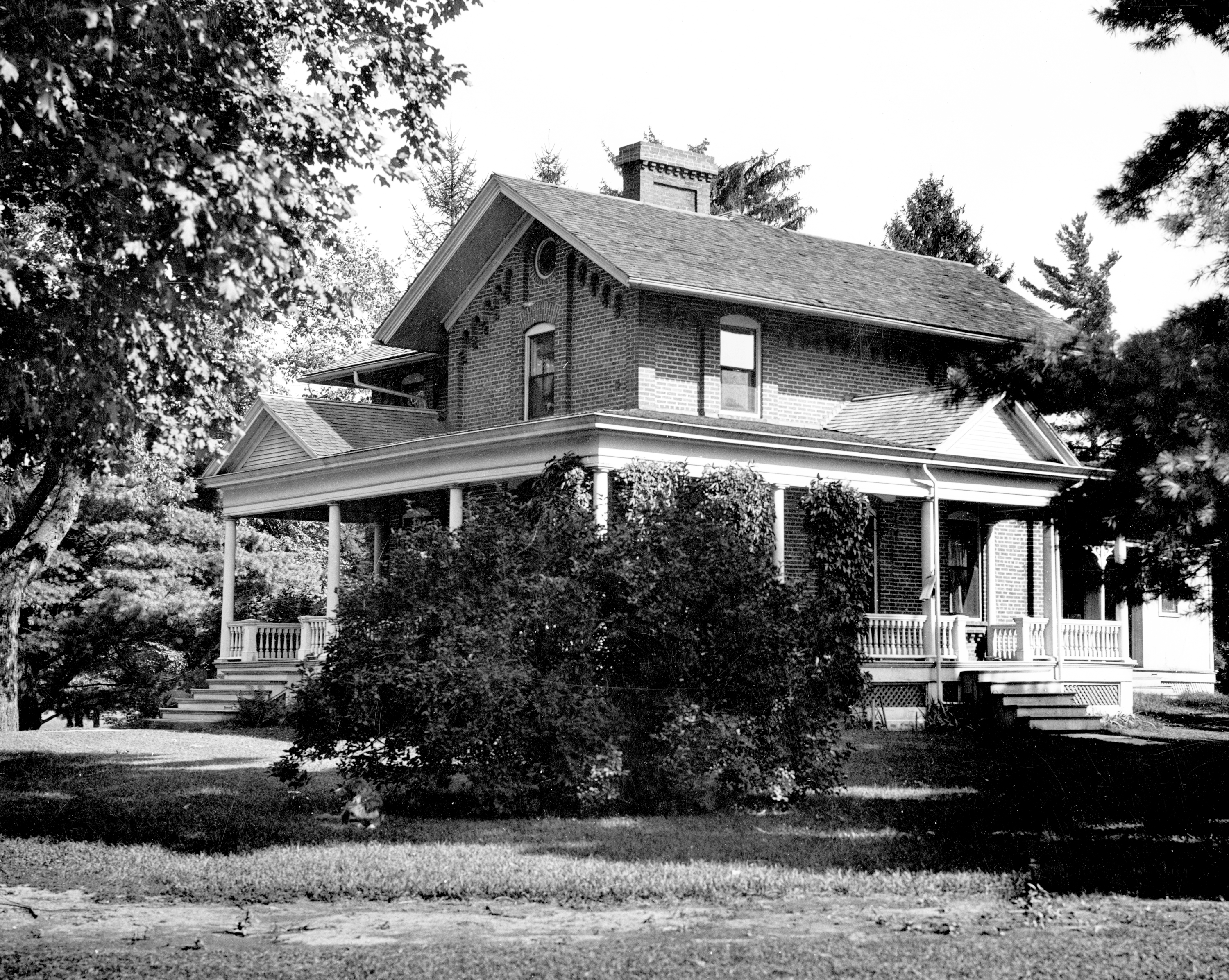 The Cowles House was originally built in 1857 to serve as one of four faculty homes on what was known as “Faculty Row.” Joseph R. Williams, MSU’s first president, lived in the house during his 1857-59 term, and was followed by namesake professors William James Beal, who stayed in the house for 39 years, and Ernst Bessey. After serving as a faculty building, the Cowles House transformed into a residence for women students. Now, the house is a site for important university receptions and social functions and is still the official presidential residence. 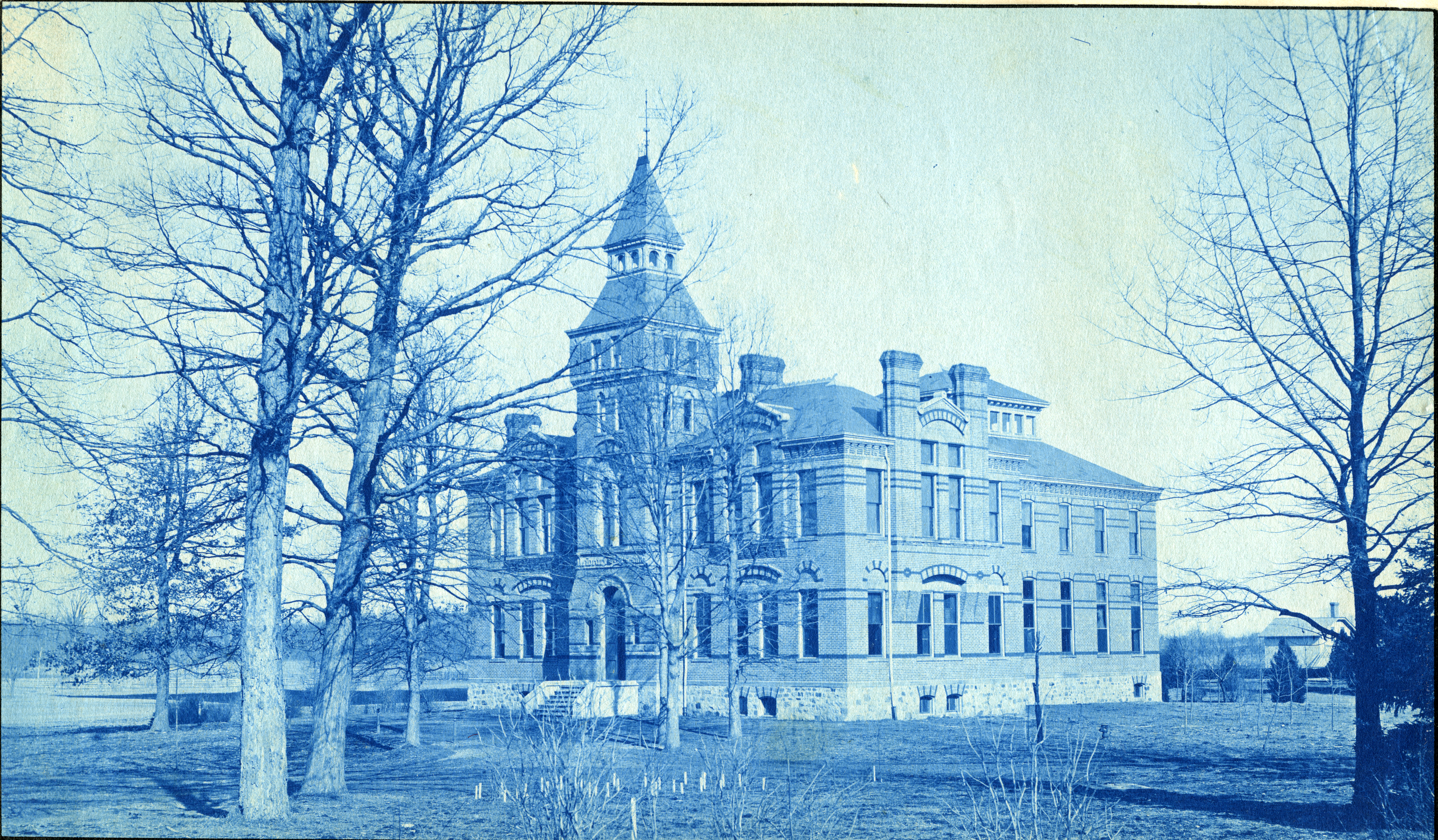 Etched above the entryway of Linton Hall are the words “Library-Museum,” trapped in time through the building’s brick and limestone base. When the building was erected in 1881, it was just that— the university’s first library and museum. In 1927, when the MSU Museum was built, Linton transformed into the administration building and the president’s office for a few decades. As the campus continued to grow in the 20th century and the new John A. Hannah Administration Building was constructed, Linton was molded yet again into its current role: offices for the Graduate School and the College of Arts & Letters. 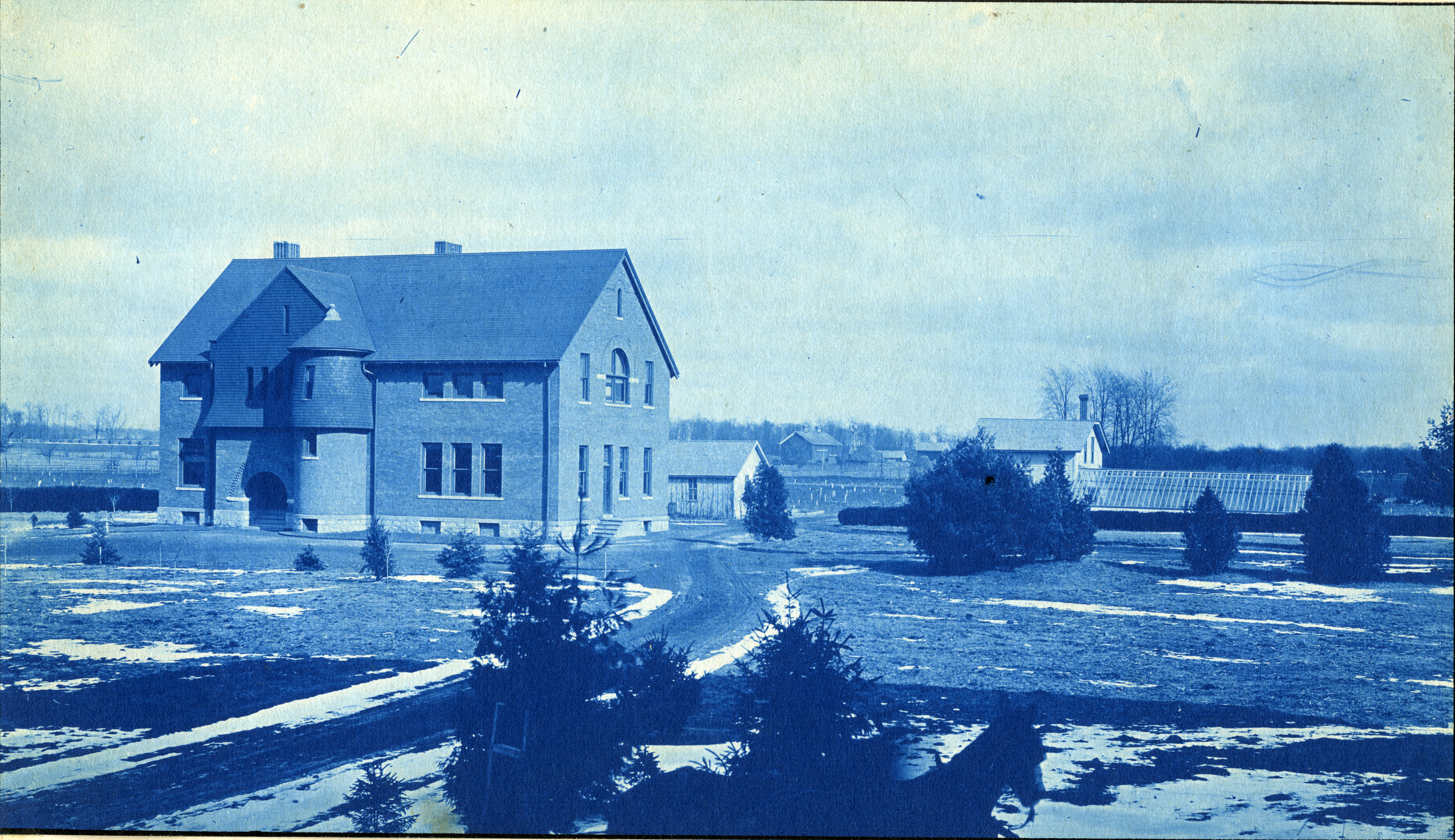 Eustace-Cole Hall used to go by a different name: The Horticulture Laboratory. When the building was constructed in 1888, MSU was still known as State Agricultural College, so it’s understandable that one of the first buildings on campus was a horticultural laboratory. As the university’s agricultural roots expanded into new disciplines, Eustace-Cole Hall was reimagined for Liberal Arts from 1927-37 and Philosophy and Psychology in 1937-44. Since 1969, Eustace-Cole Hall has been the home base for the Honors College. 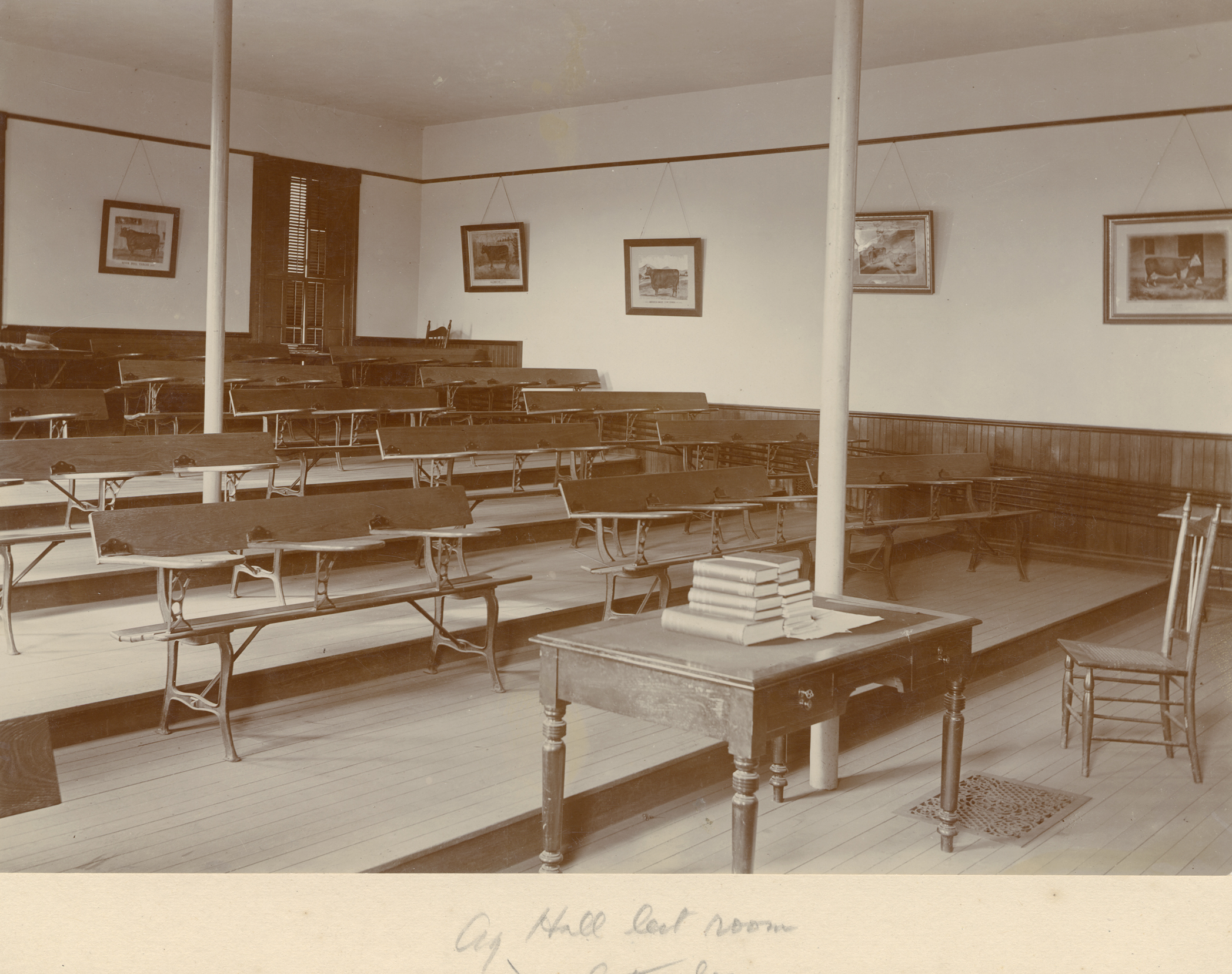 Like its neighbor Eustace-Cole Hall, Cook-Seevers Hall was initially used as an agricultural laboratory after it was built in 1889. Two decades later, in 1909, Cook-Seevers Hall transformed into the Entomology building, as indicated by the concrete inscription above the building’s front door. In 1969, the building was named Cook Hall in honor of Albert J. Cook, a pioneer of economic entomology in the United States and alumnus of MSU. Now, after recent renovations thanks to a gift from agricultural economist Gary Seevers, the building serves as a collaborative hub for graduate students within the Department of Agricultural, Food, and Resource Economics. 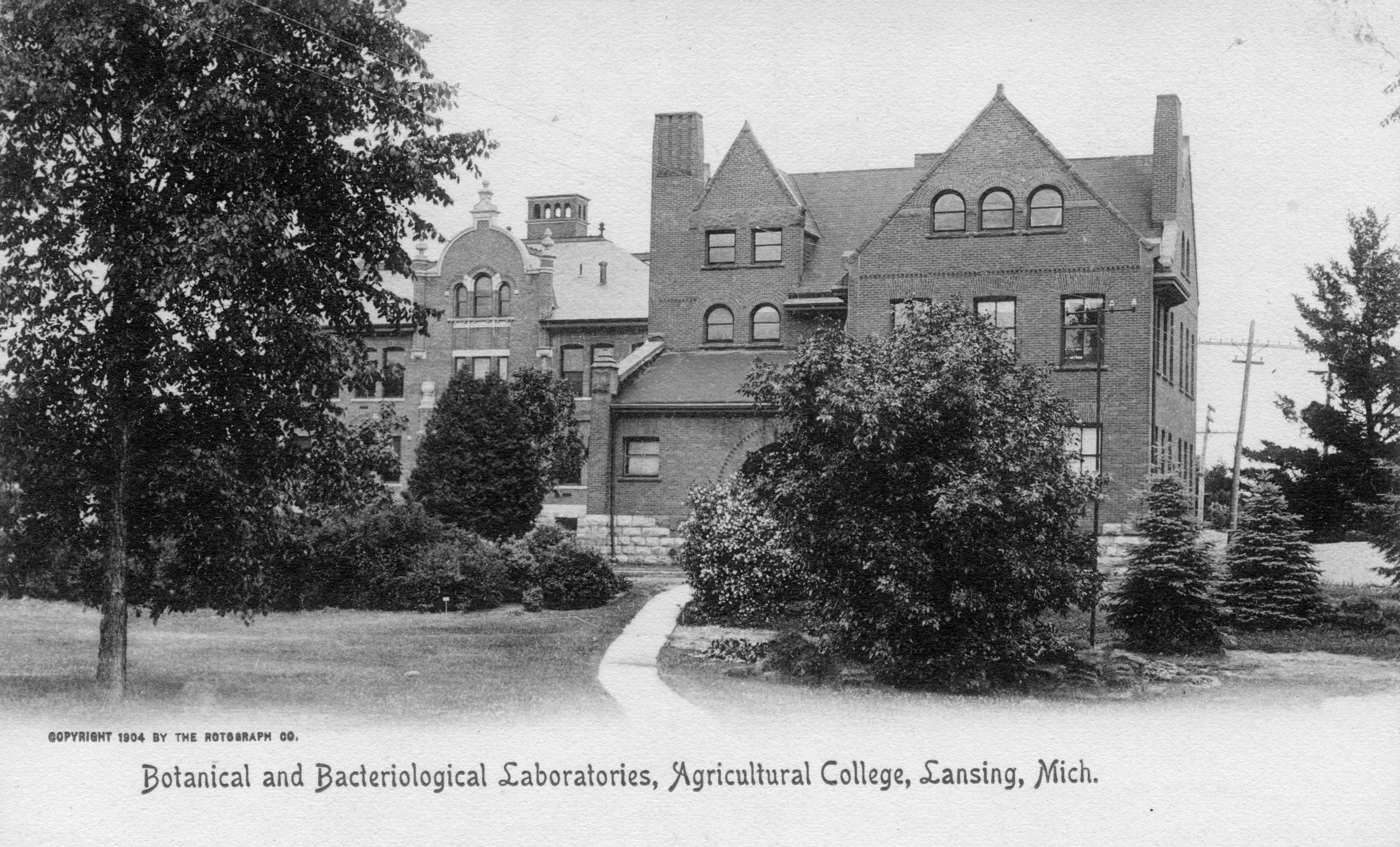 Situated on the well-known “laboratory row” on West Circle Drive, the original Old Botany building was constructed in 1879 and first served as Professor W.J. Beal’s botanical museum before enduring a destructive fire in 1890. Two years later, the Old Botany building as we know it today was rebuilt as a botanical laboratory. Old Botany formerly housed the School of Journalism in the College of Communication Arts and Sciences before becoming home to one of two buildings that house the Department of Economics in the College of Social Science. 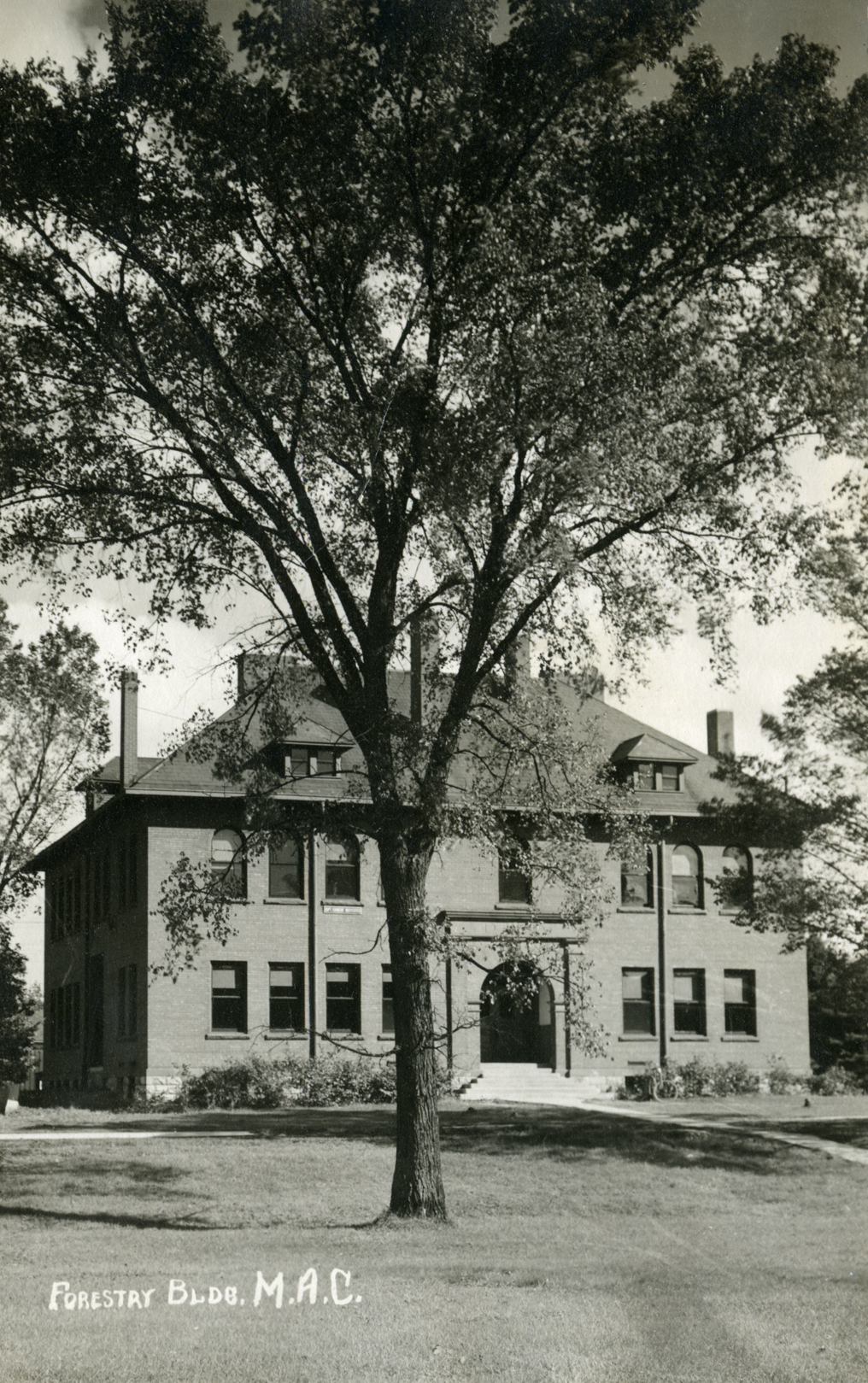 Although Chittenden Hall is signified by a tree-limb inspired frieze that reads “Forestry,” this building was initially designed for dairy operations at the university. After dairy production moved to Farm Lane in 1913, the Department of Forestry moved into Chittenden Hall, which would be its home until 1966. In 1969, Chittenden received its name after Professor Alfred K. Chittenden, who was the director of the university’s forestry programs for over a decade. Now, Chittenden Hall is home to the Graduate School.

Marshall-Adams Hall was first known as the Bacteriology building and was one of the first sites in the United States dedicated to this field of research. The building was named after assistant professor and head of the Department of Bacteriology and Farm Hygiene Dr. Charles E. Marshall. In 2002, alumnus Randall Pittman donated six million dollars to renovate the building, and dedicated the building’s namesake to Walter Adams, a guiding figure in MSU’s history.

Adams served as a professor of economics and temporary president during the tumultuous Vietnam Era when student protests were common. Adams’ leadership was so effective that he was petitioned with 20,000 signatures to hold his position. Marshall-Adams Hall now serves as the second site of the Department of Economics in addition to the Old Botany building. 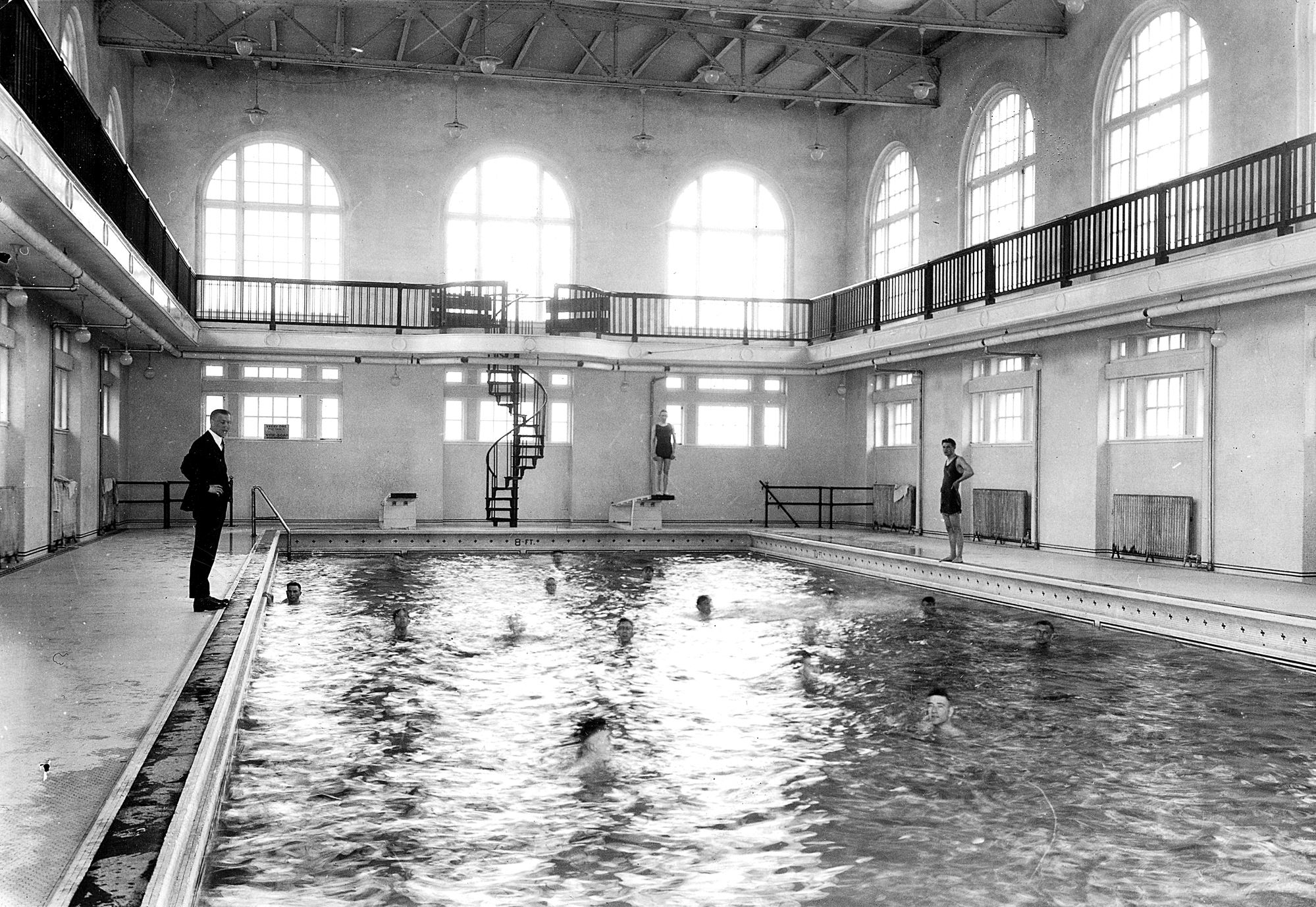 The IM Sports Circle building provides a peek into the past with its exterior “MAC” scrawl, which was inscribed while the university was still known as the Michigan Agricultural College. The IM Sports Circle was originally known as the Women’s Gymnasium, and transformed into the Women’s IM, which was still separated from the Men’s IM (now known as IM West). This building wasn’t just used for swimming laps and lifting weights — in 1923, commencement ceremonies were held on the second floor. 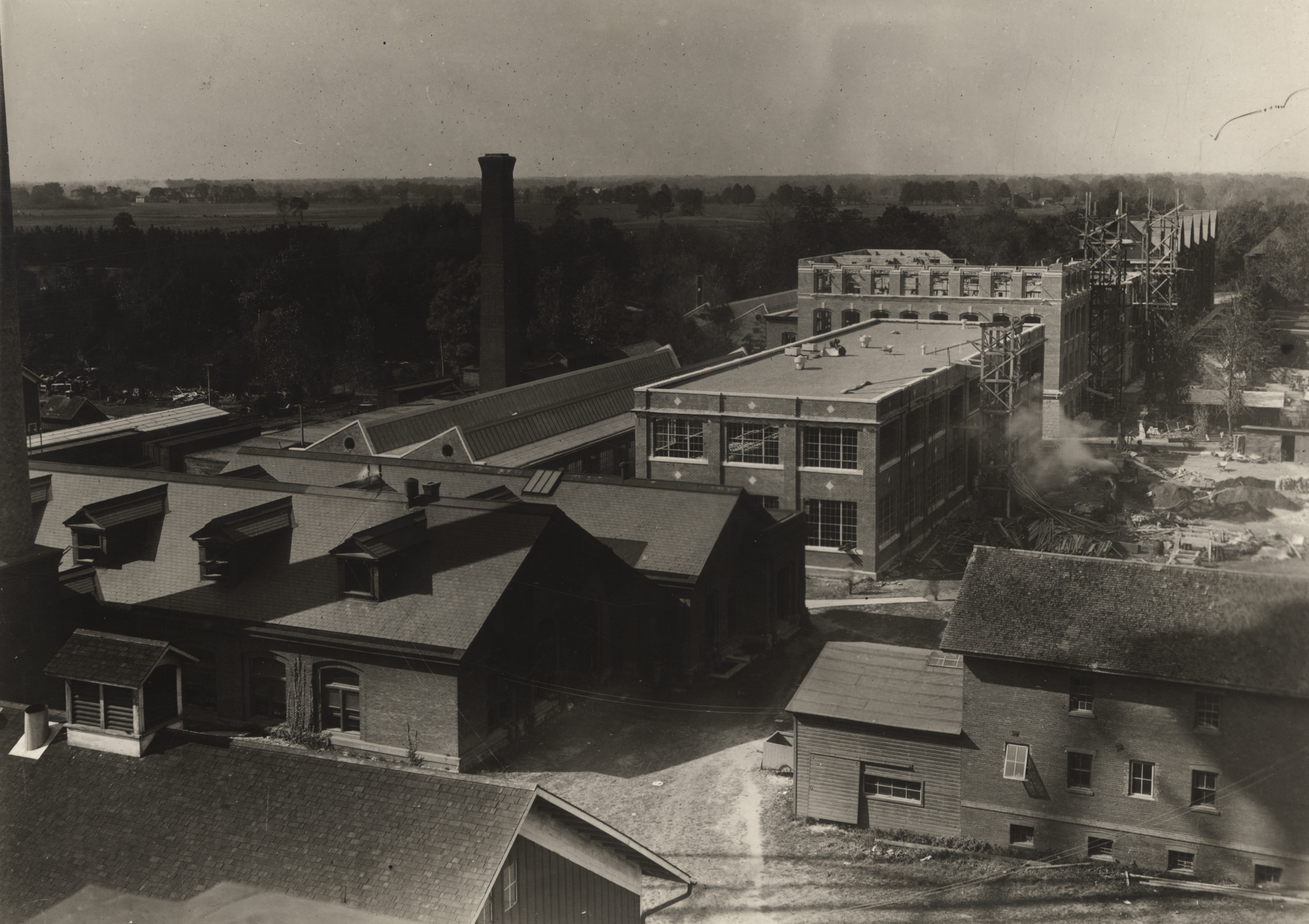 Olds Hall’s existence is due in large part to Ransom Olds, creator of the Oldsmobile and pioneer in the automotive industry. After a fire ravaged the previous Engineering Hall in 1907, Ransom Olds donated $100,000 for a fireproof general engineering building. It was not that simple, however, as drama lurked behind the scenes.

At the time, the State of Michigan legislature wasn’t able to allocate funds to MSU, then known as the Michigan Agricultural College, because there was a strong push for the University of Michigan to absorb MSU’s engineering program. Ransom Olds stood as an advocate for MSU by telling the State Board of Agriculture, “I have great faith in the Michigan Agricultural College and see no reason why it should not become one of the foremost colleges in the United States.” This arguably marked a turning point in MSU’s history; the university was able to expand its curriculum through the construction of Olds Hall. Who knows if the rivalry between the University of Michigan and MSU would be so strong if Ransom Olds never stood his ground? 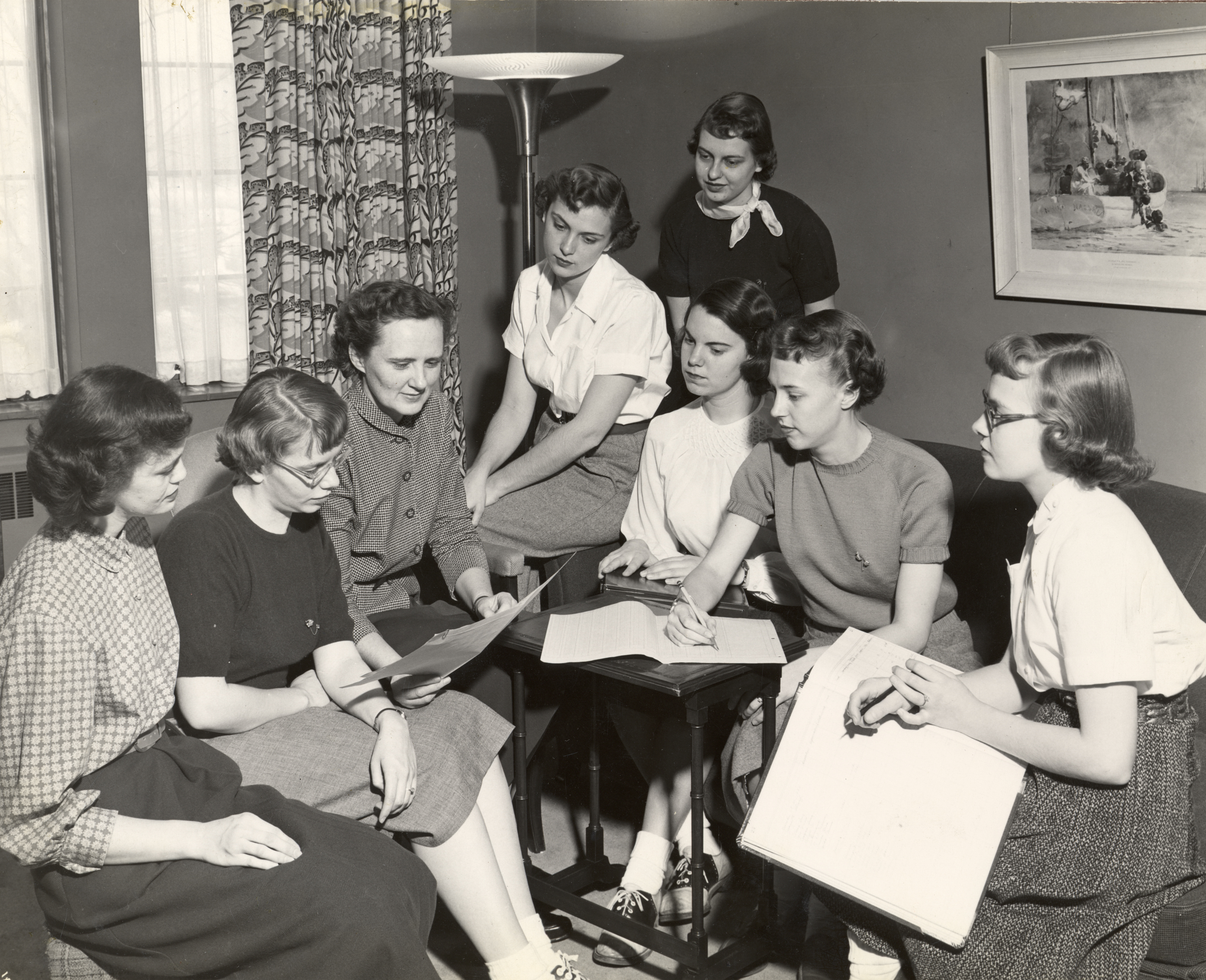 The Human Ecology building first set down roots as Home Economics, where it provided classroom space for domestic sciences in replacement of Morrill Hall, then known as the Women’s Building. Following suit, the Home Economics building was mainly geared toward women students and served as a home base for the Division of Home Economics, which included four departments: foods and nutrition, home management and child development, institutional administration, and textile, clothing, and related arts.