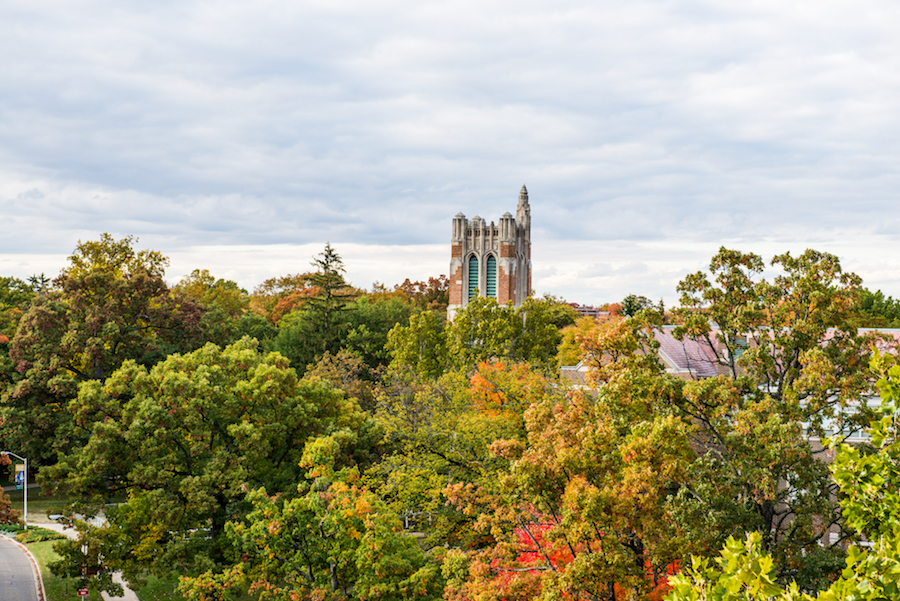 Two books in particular captured my attention - both by MSU authors - and I wanted to share them with you.

Over the last several weeks I have taken advantage of the end of the academic year to catch up on some reading.  Two books in particular captured my attention - both by MSU authors - and I wanted to share them with you.  On the surface, they do not have much to do with one another, but deep down they speak to some of the same issues.  They have both helped me think more carefully and more critically about the projects and problems that are before us.  In particular, they have helped me think about the kind of institution that I want Michigan State to become and the sorts of things that we need to do to help us get there.

First, I finally had a chance to read Kathleen Fitzpatrick’s new book, Generous Thinking:  A Radical Approach to Saving the University.  Fitzpatrick is the director of Digital Humanities and a professor of English at MSU, and she has written a great deal about the academic and fiction publishing industries.  I have heard many colleagues talk about this book, and I have been anxious to read it.
Some authors write magnificent tomes that serve as the final word on complex subjects, while others open conversations by introducing new topics or approaches.  Fitzpatrick’s book seems to be the latter type (which, to be honest, I much prefer reading).  She argues that there is a growing sense that higher education has come to be dominated by a mode of critical thinking that is much better at “privileging the negation rather than creation of ideas and institutions.”  That is, academia’s culture of critique and impulse to reject new ideas has become an end unto itself rather than the start of an effort to build upon or improve the status quo.  “The greatest manifestation of this refusal,” she explains, “may well be the pervasive refusal to listen, without which real critical thinking – the contemplation of ideas from multiple points of view, the weighing of evidence for and against, the selection among carefully considered alternatives – is impossible.”

Fitzpatrick diagnoses a problem, and she offers some remedies.  Her conclusion, titled “A Path Forward,” points us in a direction by encouraging the cultivation of “a more generous environment” that will allow us the willingness to “step outside the structures of competition into which we’ve been led and instead find new ways to approach problems together, in solidarity with one another.”

The solidarity that Fitzpatrick craves requires, I think, a core set of values upon which we can operate.  Over the last year and a half, I have seen colleagues and students increasingly willing to assert common values and try – even if imperfectly – to hold themselves and one another to those values.  In the Office of the Associate Provost for Undergraduate Education, we have adopted a common commitment to an assertion first offered by my predecessor, Sekhar Chivukula: “We believe that every student admitted to MSU has the capacity to learn, thrive, and graduate.”  Operationalizing this requires us to think deeply and carefully about the pathways students follow into and through the university, and it is allowing us to shift from a mode of competition to one of collaboration.   More broadly, those of us engaged in MSU’s increasingly large community of colleagues who are advancing student success efforts have adopted the Student Learning and Success Vision, Mission, Values, and Goals document.  It committed us to “collaboratively re-shape the institution to better support undergraduate student learning and success.”

A second book that has recently caught my attention is Barrett Taylor’s and Brendan Cantwell’s Unequal Higher Education:  Wealth, Status, and Student Opportunity.  Taylor is an associate professor of higher education at the University of North Texas, and Cantwell is an associate professor and coordinator of MSU’s Higher, Adult, and Lifelong Education program.  Most of my reading on subjects related to privilege and higher education have focused on students.  Unequal Higher Education, however, takes institutions as its subject of study, and its findings amplify my concerns about issues of equity and their impact on individual students.

Taylor and Cantwell take an empirical and quantitative approach to explore questions about why inequality among colleges and universities is so durable.  They argue that competition between institutions creates a system of profound inequality among institutions; that reductions in state investments, policy decisions, and American cultural practices have substantially increased this competition; and that growing institutional inequity systematically disadvantages already underserved students.  Taylor and Cantwell demonstrate how, among colleges and universities, wealth and status are increasingly concentrated in fewer and fewer institutions.  As a result, a smaller number of students have access to well-funded institutions even though more students attend college today than ever before.  So, American institutions of higher education have seen the same hollowing out of the middle class and the same rich-get-richer-and-poor-get-poorer spiral that plagues the American economy generally.

Like Fitzpatrick, Taylor and Cantwell conclude their book with a prescription for the dilemmas they diagnosed.  They generally reject the free-tuition movement and instead recommend efforts that will increase the supply of what they call “valuable seats.”  A high-value seat allows a student an opportunity to enroll in an institution that is well enough funded to provide a substantial education at a reasonable price and whose name carries enough prestige to help launch its graduates into successful careers.  There are not, they argue, enough high-value seats available.  Their proposals to increase the number of high value seats depend on no small extent on the same thing that Fitzpatrick had called for:  a new public commitment to higher education (and a new commitment from higher education to the public).

I read Unequal Higher Education while we were concluding our initial meetings of the Provost’s Five-Year Enrollment Strategy Group.  Over the last several months, eighteen MSU professors, staff, and administrators met to begin charting plans to align admissions and student success work at MSU.  The result of this alignment has come to be called “MSU’s Graduation Strategy.”  It is predicated on the realization that universities’ reputations are measured by the quality of the students they refuse to admit.  That is, more elite institutions are less accessible, and more accessible institutions lack prestige.  Therefore, an increasingly large number of students lack access to an increasingly rare number of high value seats.

We have begun to respond to the vexing problem of the access/prestige dilemma with a graduation strategy that asserts that MSU will be known by the students it graduates, not the students that it refuses to accept. It aligns access, equity, and opportunity with one another based on the realization that opportunity for students requires both access and equity. As the Provost recently said in an interview with mLive, “If you look at college rankings, one of the things that’s always factored in is your selectivity,” Youatt said. “We do not want to be known by whom we turn away. We want to be known by the students we graduate.” Like Fitzpatrick, Taylor, and Cantwell, we have now begun to accurately diagnose the problems at hand and we have found hints about how to properly address them. Much collaborative work remains to be done to solve these problems and more fully realize the promise of the Land Grant University ideal.