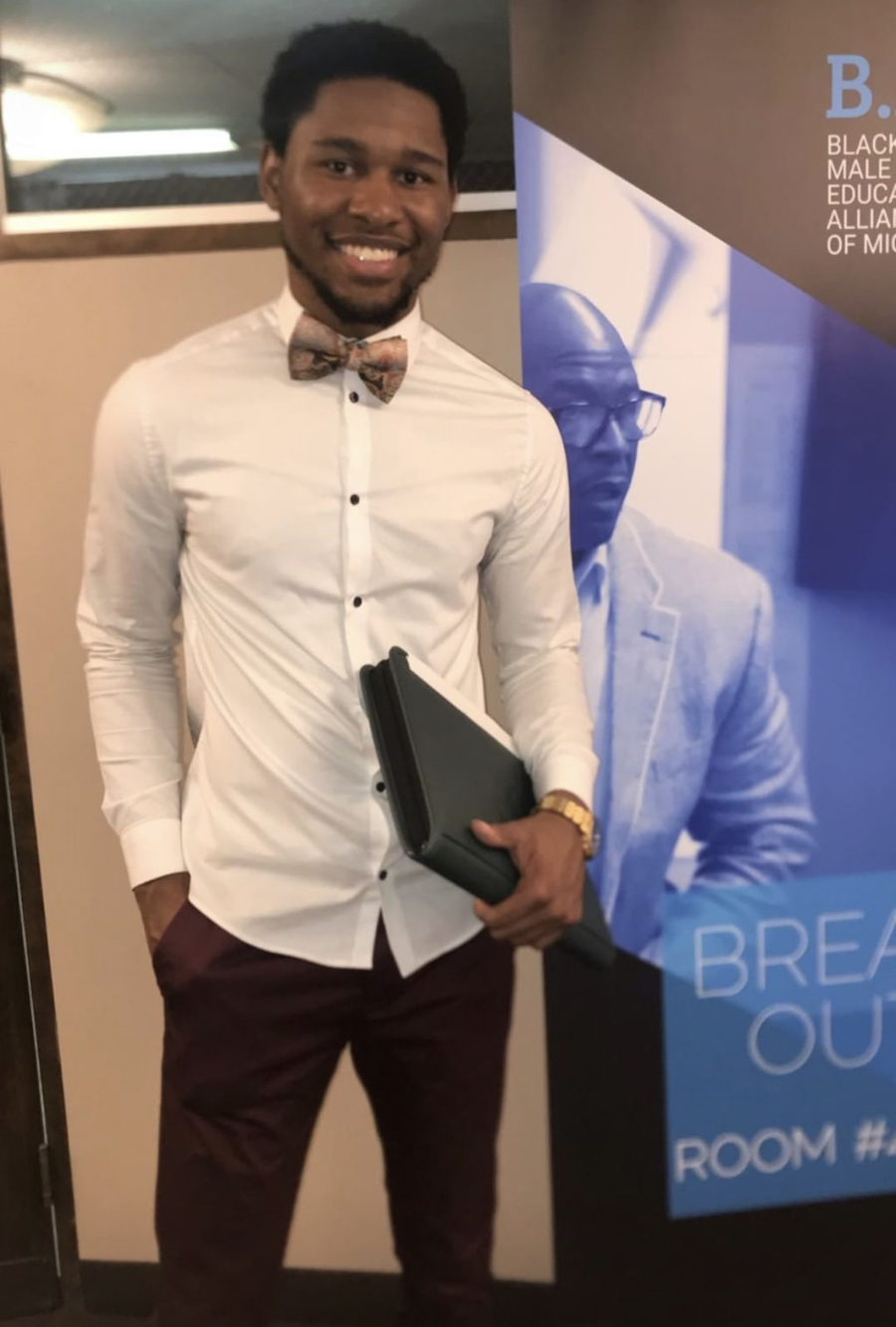 When Tim Herd’s roommates withdrew from MSU his freshman year due to academic and social reasons, it had a significant impact on him.

When Tim Herd’s roommates withdrew from MSU his freshman year due to academic and social reasons, it had a significant impact on him. This, along with his research on teachers’ empathy for students of color, more specifically, young black men and boys in K-12 and postsecondary settings, inspired him to create his organization, Rising Black Men, a group dedicated to the mentorship of black male undergraduate students at MSU. “I created my organization on September 17, 2017 and that really came from the ideas and brainstorming that I had over the summer during the Summer Research Opportunities Program (SROP),” Herd said. “I was looking at colorblindness, the myth of meritocracy, context-neutral mindset and all of these other things that affect young black men as they transition to college.

While Herd is kept busy with his organization, having spoken about it at institutions such as Harvard, the University of Pennsylvania and the University of Southern California, his research also takes up a large portion of his time. At the moment, Herd is working on three publications simultaneously. One publication that he’s involved in looks at the Holland school district and how students of color, more specifically, young black boys, are subjected to disproportionate amounts of discipline compared to their white counterparts. Herd’s other two publications are a teacher’s empathy encyclopedia and a measurement scale that he created himself, which creates a teacher’s conception and application for empathy. “We’ve had around 60 or 70 teachers use it and what we want to do is make this a natural thing where all teachers, across the country are required to use this in their classrooms,” Herd said. “It’s basically like a cultural awareness kind of thing but hopefully it’ll be embedded in some of the standards that teachers have to go through at the beginning of the school year.”

Having extensive research under his belt and founding an organization dedicated to black male empowerment are just a few of the accomplishments under the senior’s belt. Herd has served as an intercultural aide, an executive board member of the Urban Educators Cohort Program (UECP), and a former SROP participant. To this impressive list, Herd can now add his role as a nominee for the Harry S. Truman Scholarship. Recognizing students with exceptional leadership potential who are committed to creating change, Herd joins three other MSU students who are also nominees. “It’s the most rigorous application that I’ve ever done,” Herd said. “It was really challenging but it has been really rewarding because it’s helped me to articulate and form a structure of what I want to do and which graduate school and program I want to be in.”

In the future, Herd envisions life in the academy, and aspires to become a tenure system professor, and eventually involved in student affairs or academic administration along the lines of a university president or provost. Last fall, he planned an event, Ubuntu, sponsored by the Global Youth Advancement Network where over 200 participants had conversations facilitated by MSU faculty members on topics like double consciousness and gender roles across the African Diaspora. Currently, the Truman nominee is finalizing plans to take a group of 40 Spartans to Atlanta, GA on a cultural immersion trip next month and waiting to hear his status for the Harry S. Truman Scholarship. “I have some fundamental core values that I don’t compromise and one of them is being very genuine and authentic while accepting people as they are,” Herd said. “Just making this idea of black excellence a normal thing and really having a paradigm shift as a whole. That’s what I try to encourage and try to offer.”