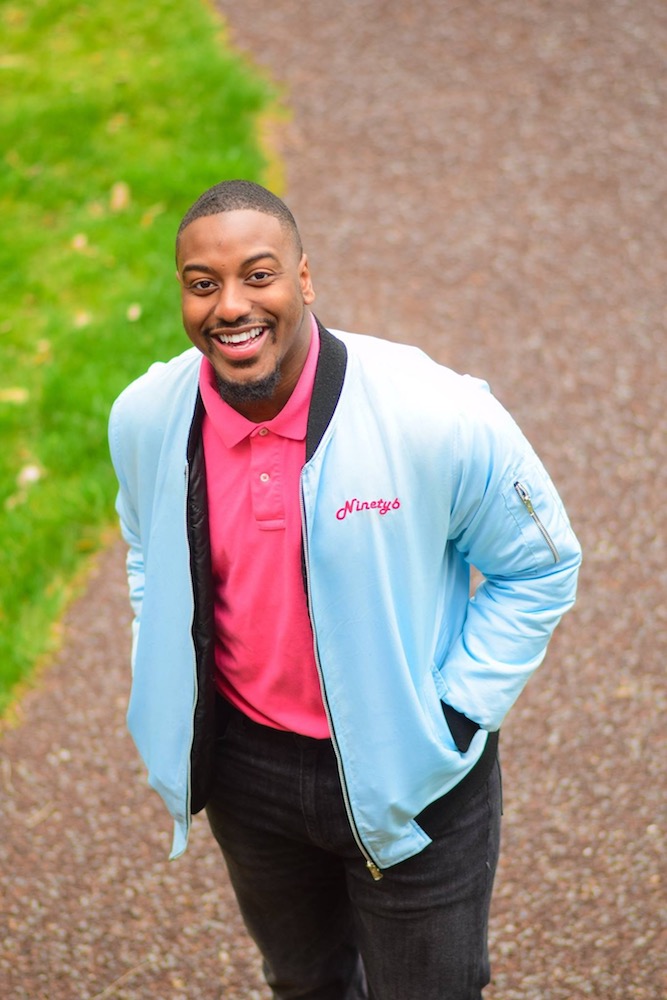 Senior Norrlyn Allen wears many hats: restorative justice facilitator in the Lansing Public School district, an ambassador for the Residential College of Arts & Humanities (RCAH) and an undergraduate research assistant studying the mental health of men in the African-American community. While these, among his many feats, put him in the ranks of our most accomplished students, Norrlyn has his own unique definition of student success.

“Student Success, to me, isn’t even academic anymore,” Allen said. “It’s discovering self-love and enjoying what you do and finding your passion wholeheartedly.” Norrlyn, who eventually would like to do arts-based therapy after graduation, is a singer and poet with a background in theatre. The NAACP’s program, Afro-Academic, Cultural, Technological and Scientific Olympics, or ACT-SO, is a yearlong program designed for high school students to encourage academic and cultural achievement. As a participant of this program, Norrlyn was an orator, original playwright and still participated in mathematics activities.

Norrlyn most recently performed with Eric Thomas, the critically acclaimed author and speaker for MSU’s Success Series. The Success Series is a weekly program geared towards motivating and inspiring MSU students through Q&A sessions with Thomas where he speaks about topics that are designed to enhance their academic, personal and professional lives. “My goal is to promote emotional expression,” Allen said. “I know that there’s someone in the audience who is dealing with something that I’ve dealt with. Publicizing my struggles isn’t about me but about them.”

Since matriculating into MSU, Norrlyn has served the university and Lansing community in a variety of roles. Norrlyn is currently a TRiO mentor where he mentors students from various backgrounds, an RCAH ambassador where he helps to recruit students for the Residential College of Arts and Humanities, and was most recently an intercultural aid, which has helped him greatly in his pursuits of student success. “It helped me value culture and taught me to have energy in my encounters,” Allen said. “It made me more of an empath because people felt so comfortable to walk in my room and open up to me about their problems or what they were going through.”

Additionally, Norrlyn was an ambassador for the American Semester Program where he helped students from foreign countries get acclimated to MSU. Norrlyn was also, most recently, a wide-receiver for the Lansing Capitol City Stealth, a minor-league football team. Studying abroad in Mexico (Merida) in 2016 was a defining moment for Norrlyn as it allowed him to look at the world from a different perspective where he wanted to come home and make change within his own community.

In the future, Norrlyn hopes to get married, travel to every continent and utilize his life experiences through cinema. When asked why he believes he’s reached a great deal of student success, Norrlyn attributed it to his friends and his faith. “There were times where I didn’t believe in anything else but my faith in a greater being than myself,” Allen said. “My brotherhood that I created with these men pouring into me and allowing me to cry on their shoulders has contributed to my student success.”