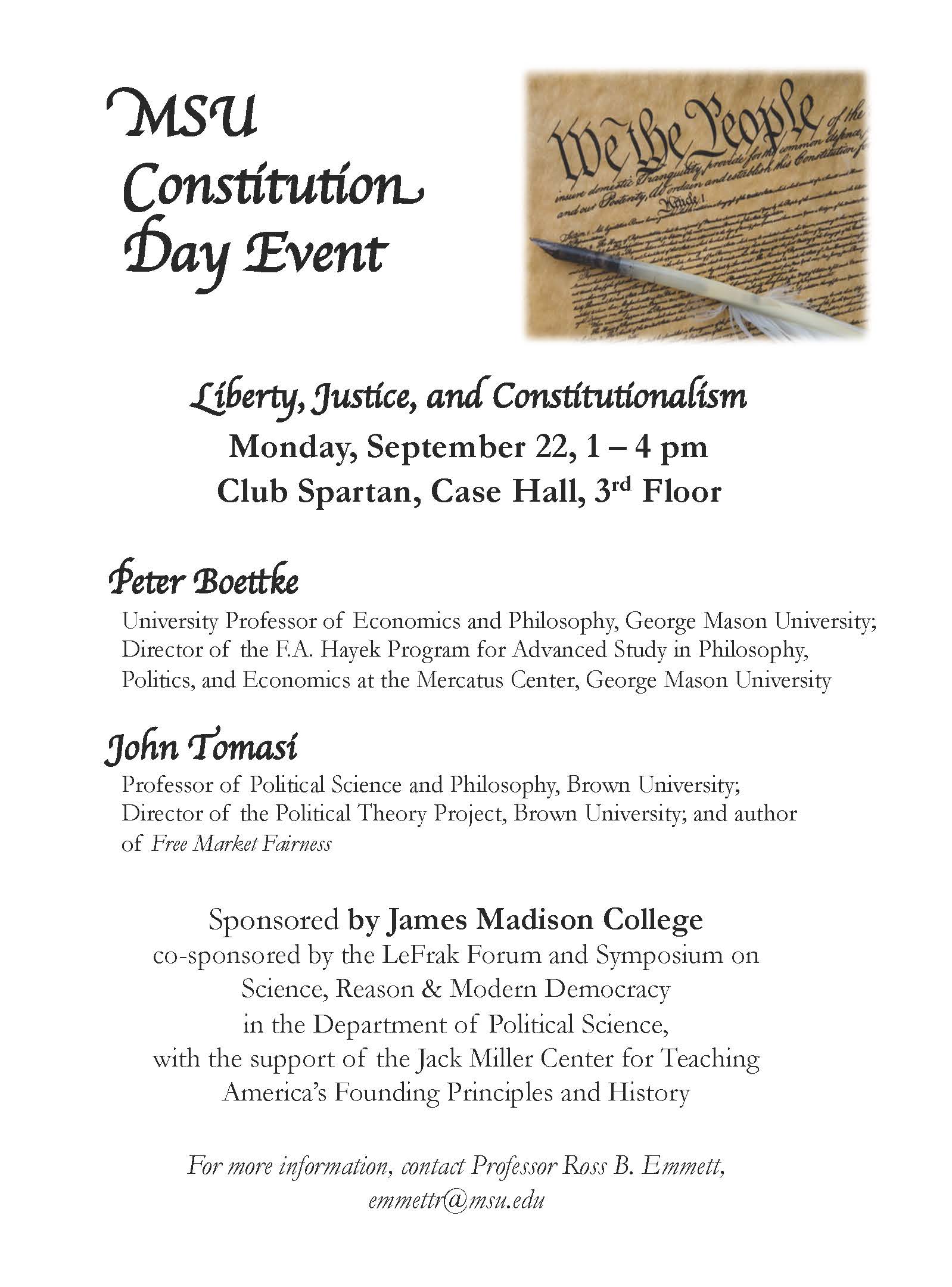 Constitution Day is intended to increase student awareness and appreciation of this important document of freedom.

All federally funded schools and colleges are required to commemorate the anniversary of the 1787 signing of the U.S. Constitution.

Constitution Day is intended to increase student awareness and appreciation of this important document of freedom.

The following events are taking place on MSU's campus to celebrate Constitution Day:

Wednesday, September 17, 2014
Patricia Johannes will be playing American patriotic music on the carillon at noon.

Monday, September 22, 2014
A roundtable discussion on Monday, September 22, 2014 in the Club Spartan Room, 3rd Floor Case Hall, from 1:00 to 4:00 p.m., sponsored by James Madison College at Michigan State University and co-sponsored by the LeFrak Forum and Symposium on Science, Reason, & Modern Democracy in the Department of Political Science with the support of The Jack Miller Center for Teaching America's Founding Principles and History. The topic is: Liberty, Justice and Constitutionalism. Panel members include:

More information can be found on the flyer for this event.