Watch the webinar on Mediaspace if you couldn't make it. 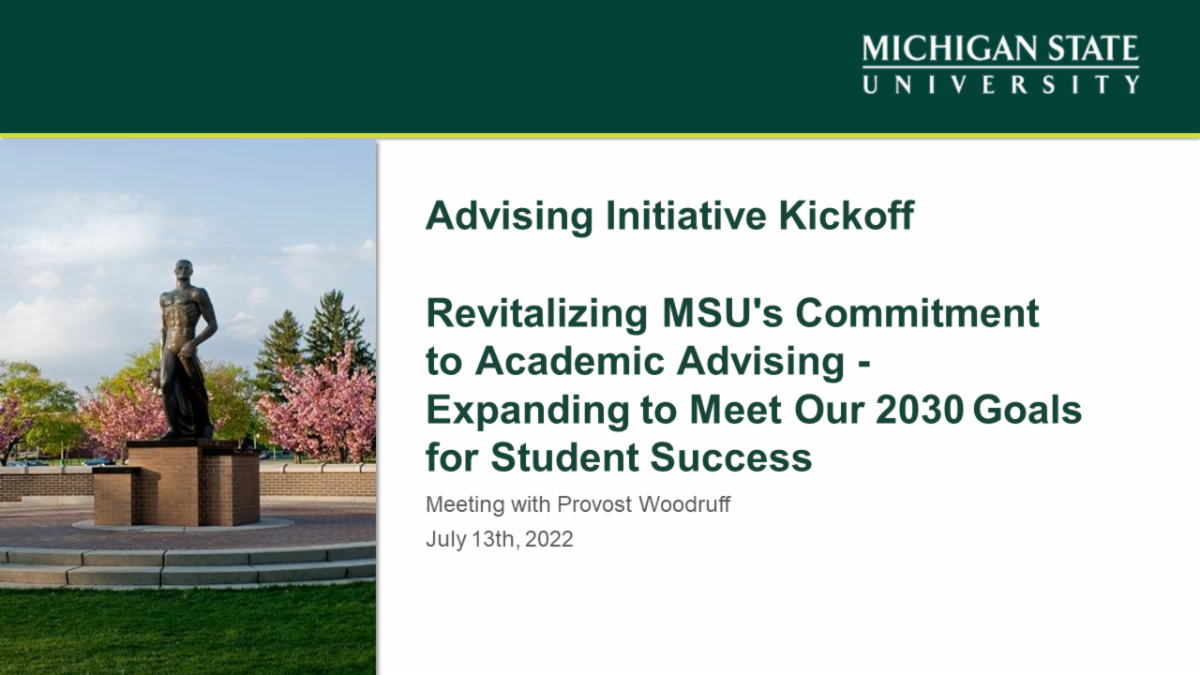 The University Advising Initiative made an official debut on July 13 at a kickoff webinar attended by the provost, project leads, and an audience of more than one hundred sixty people. The initiative, which is funded by the provost in partnership with the Office of the Associate Provost for Undergraduate Education, aims to centralize aspects of academic advising while working in partnership with the current college-based academic advising structure.

The webinar featured remarks by Provost Woodruff, and the leads of each working group involved in the initiative.

Anyone interested in academic advising at MSU is encouraged to view the webinar, where the project leads discuss the prototype timeline, aspects of the new structure, and the priority of improving and expanding resources for current academic advisors.

Provost Woodruff spoke directly to advisors during her opening remarks, emphasizing the need to recognize their key role in student success, especially during the pandemic. “I know many of you are working at capacity, which is one of the reasons we wanted to come together and move an initiative forward as swiftly as we can,” she said. “[After] surveys, a landscape study, a whole series of listening sessions…we are in a position to move forward together.” The provost also thanked individual advisors for sharing their thoughts about how to improve advising with her personally.

The project leads emphasized that the initiative is an interactive process, with many details yet to be determined by the initiatives’s working groups. Each group features stakeholders from various arenas at MSU, and the main groups include representatives from colleges, as well.

The webinar ended with a question and answer session.

A new website dedicated to the initiative will complement other upcoming communications efforts from the initiative team, which will include townhalls, listening sessions, and more.

Please direct your questions to Amy Martin, assistant dean for student success operations, who is the overall project lead, at mart1742@msu.edu.