Lessons from a Flipped Classroom with Jon Keune

Jon Keune is exploring non-traditional teaching methods in one of the oldest fields of study. 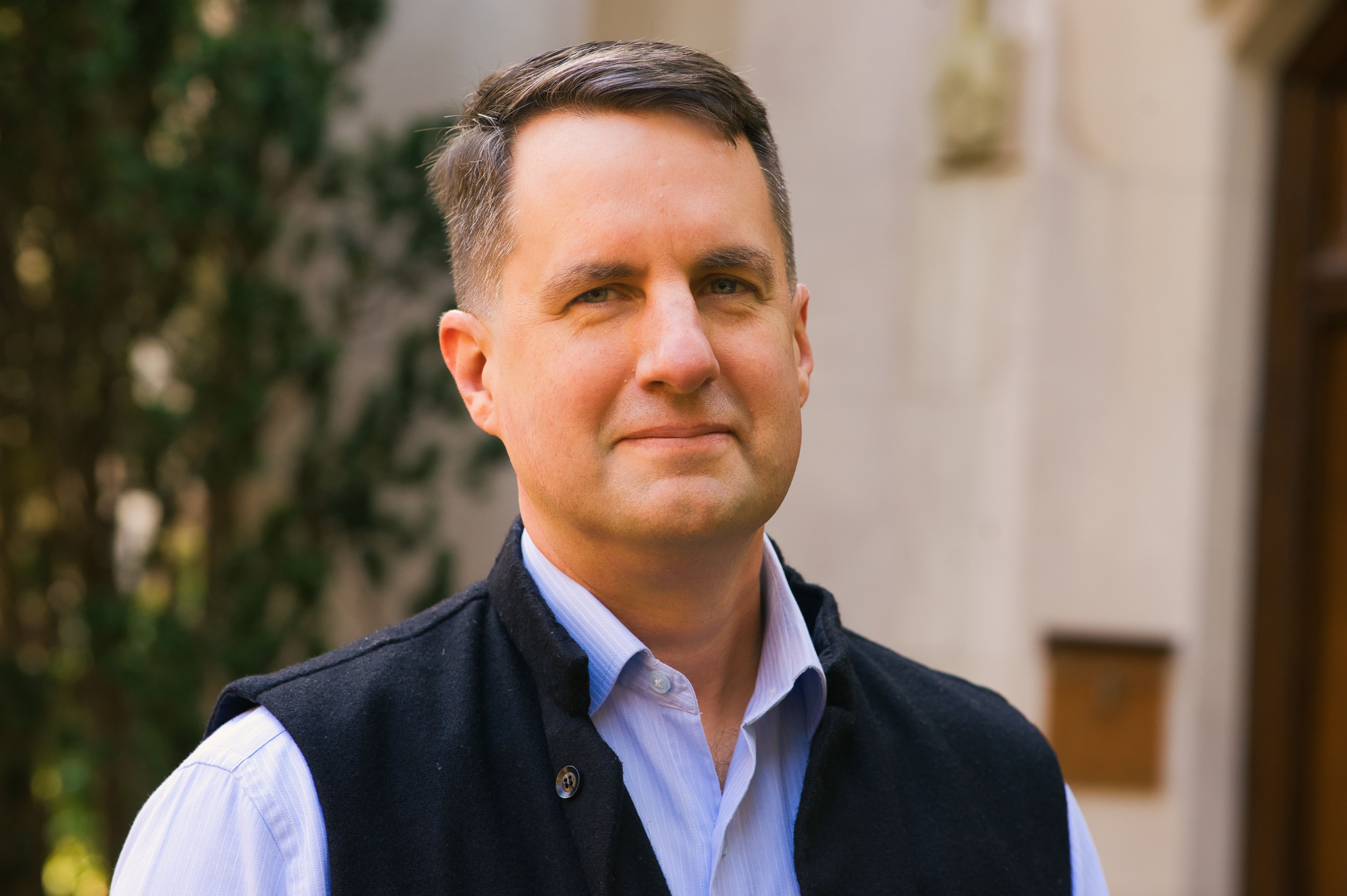 Professor Jon Keune is exploring transformational classroom models within the College of Arts and Letters in a quest to see how changes to teaching style can affect student engagement. For a semester now, Keune has been experimenting with the “flipped classroom model” in his REL 340 class on Hinduism. and is already seeing successes.

Jon Keune grew up in a rural Midwestern town and credits his own time in college with helping him realize his love of both teaching and learning. He describes teaching as a “win-win,” where the instructor not only disseminates their knowledge but also learns from the students. Keune’s focus is on religious studies in particular, which he considers an essential topic of study in contemporary America.

“At the end of nearly every semester, at least a few students say that they’ve found that religious studies reduced their anxiety and fear about talking with people who have different ideas about religion than they do, including their own family members,” Keune says. “It’s very different from how most people talk about religion elsewhere.”

In Keunue’s REL 340 classroom, students learn about Hinduism both modern and historical. The class, delivered in the fall of 2021, was Keune’s first use of the flipped classroom model, and he credits MSU’s wholly online 2020-2021 school year as helping prepare him for the different teaching style. Flipped classroom learning is based on the desire to blend multiple learning/teaching styles, as opposed to traditional lecture formats. Students learn material before the class period, and then have that block of class time to discuss, argue, extrapolate, and generally elevate their comprehension of the pre-learned material.

Keune structures the flipped classroom by recording his lectures and posting them online at the start of the week. Students are responsible for viewing the content on their own time before the scheduled class meeting, which Keune describes as devoted to “more actively engaged learning,” be it discussions, exercises, or collaborative work. “We did a lot more small and large-group guided discussions, reading vital passages and primary texts together, and working with short media clips that we both viewed and discussed in class,” says Keune.

“Flipped classrooms are a good deal more work to prepare than a typical lecture-discussion class format,” Keune adds. “There’s more creativity involved, which is energizing in its own way, but a flipped course is quite time-intensive outside the classroom.”

In addition to the need for a professor to reformat lessons, the flipped classroom model also makes some demands of students. Keune was attentive to tweaking the amount of homework students received in order to account for the additional time they were spending on class preparation, but this wasn’t the only challenge. He estimates that it took about the first three weeks of the fall semester for his students to grasp the requirements and benefits of the model. Then there’s the additional challenge that traditional classrooms are familiar with — sometimes, students simply don’t do the assigned pre-class work. Keune incentivized preparedness with a short online quiz on the videotaped lesson, but he says, “It was sometimes hard to know where students were at in terms of understanding as they entered each class period.”

Despite these early challenges, Keune and his REL 340 class have seen substantial benefits due to the model. Since the flipped classroom operates so much more on group collaborative discussions and activities rather than lectures, the students became promptly engaged with both the material and each other. “As I’ve developed as a teacher of religious studies, it’s become more important to me that students are able to come out of my classrooms with more confidence, ability, and respect,” Keune says, noting that the flipped classroom is helpful for letting students practice interaction and conversation about complex ideas. Throughout the course of the semester, Keune occasionally polled students through class conversations, written prompts, and iClicker quizzes. The polls indicated overwhelmingly positive student support for the flipped classroom. Students found the model to be more engaging and less stressful.

In addition to the flipped classroom format, Keune had also introduced another relatively new teaching tool: “ungrading.” Keune says that he’s not sure if this term is best applied to what he’s doing, but it was suggested by a fellow faculty member as an adequate descriptor of Keune’s grading method. “I was simply trying to reconcile the kinds of learning outcomes I had for the course with the serious mental/emotion load that students already had due to the pandemic by that time,” Keune explains. “Maybe it was ‘ungrading,’ but I wasn’t following a model as I was doing it.”

Grading in REL 340 was focused around engagement and active learning rather than traditional metrics, but that doesn’t mean the students had room to slack off. Keune assigned two brief quizzes a week in lieu of large exams. Students were responsible for online discussion posts, as well as weekly reflections, which had to be over 1000 words in order to receive a high score. “I was trying to be a compassionate human being while also fulfilling my duty as an educator,” Keune says. “I placed engagement as a higher priority than learning the data first and hoping that they could integrate it into useful knowledge later.”

Since assignments were smaller and more frequent, Keune had ample opportunity to examine student knowledge of the material. He suggests that this format also required students to more frequently apply their knowledge, rather than waiting every few weeks for a big test or paper to evaluate a much larger chunk of course information. “Rather than challenge them directly by giving tests and performance-based evaluative measures, I think the approach I took drew them more organically and less stressfully into the work, because in class periods it looked like they were just talking with classmates, which students were actually quite eager to do, coming out of a world of online-only learning”.

This compassionate approach not only helped students reacclimate to in-person learning, but also better fit the integral need for discussion in a humanities-based class. In religious studies in particular, there’s a delicate balance between willingness to ask questions and a tolerance of differences. Keune says that since the flipped model got students more comfortable with talking in class in general, they also were more comfortable with “sharing their confusions and misunderstandings.” Additionally, because students were aware that their classmates would assume the pre-class lectures were common knowledge, Keune says students ended up paying more attention to the pre-recorded lectures than they might have otherwise. The knowledge of the impending class discussion encouraged students to keep up with the material in order to avoid embarrassing themselves in front of peers by admitting they hadn’t done the work and therefore couldn’t participate.

According to the students of REL 340, Keune’s flipped classroom experiment was a massive success. “After the final class, I was taken aback by how many students came up and thanked me for running the course this way, as it naturally drew in their attention and engagement in a way they hadn’t seen before in other classes. I ended up talking with several of the students after class so long, in fact, that I was late getting to the next class I was teaching and had to apologize to those students when I arrived,” says Keune.

Keune gives thanks to the HUB Faculty Fellows program that encouraged the non-traditional venture. When asked how this experience changed him as an educator, Keune jokes, “I’m tempted to say that I may never lecture in class again and only post recorded lectures instead, but that’s probably going too far.” He will, however, integrate pre-recorded lectures into his future teaching due to an appreciation of how much class time they freed up. “Developing this flipped course has definitely stretched and helped me grow as an educator,” he says.