Seeing the Fruits of Our Labor 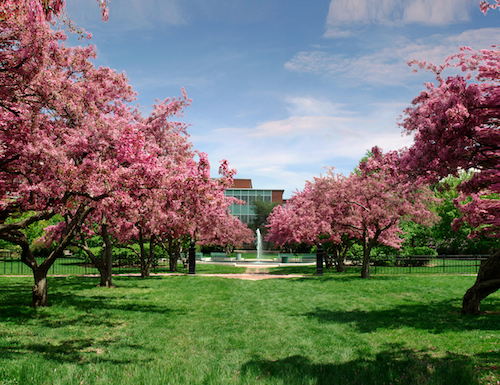 We accomplished a great deal over the last year, and we added a few very large new projects to our plates for the coming academic year.

Summer offers the opportunity to assess and reflect on the projects that we have undertaken to improve undergraduate student success at MSU.  We accomplished a great deal over the last year, and we added a few very large new projects to our plates for the coming academic year.

Over the course of the last year, we have devoted a great deal of time and energy to the implementation of flat rate tuition.  MSU and its students are very well adapted to the per-credit tuition model, so the introduction of flat rate tuition necessitated much, much more than merely a change to the university’s accounting procedures.  We devoted the fall semester to wide-ranging and inclusive conversations to identify both challenges and opportunities confronting us with the conversion and to craft the necessary policies to prepare MSU to convert its tuition model.

This spring Cody Orr, a graduate student in the Department of Economics, undertook a sophisticated survey to understand, among other things, students’ knowledge about flat rate tuition.  We were happily surprised to learn that by the end of spring semester, about 92% of the respondents could accurately describe how the new tuition model worked.  Moreover, more than a third of respondents planned to increase the number of credits they will take once flat rate tuition is implemented.  Given that credit momentum has been a focus of our attention for the last several years, the alignment between the new tuition model and increased credit-taking behavior is a very positive development.

Over the last year, we also spent a great deal of time and energy restructuring and reforming MSU’s orientation program.  This summer, New Student Orientation (NSO) moved into the Snyder-Phillips residence halls, which introduced many new logistical challenges and opportunities.  Under the interim leadership of Niki Rudolph, who will soon return to her work in the Residential College in the Arts and Humanities, NSO has seen a fundamental rethinking of every aspect of its program.  It has gone remarkably well, and we are deeply grateful to the staff members from NSO, Residential and Hospitality Services, and Information Technology Services, as well as advisors from across campus.  Their flexibility, energy, and commitment to undergraduate student success have helped make our new orientation program even more successful than we could have hoped.

One of the most encouraging outcomes of orientation this year is the substantial increase in the number of credits students plan to take in their first semester.  Over the last four years, students have been leaving orientation registered for more credits than they had in years past.  In 2016, only about 28% of students left orientation registered for 15 or more credits in their first fall semester.  The following year, after the launch of the Go Green, Go 15, that rate quickly rose to 48% and then to 53% in 2018.  So far in 2019, with the newly established alignment between flat rate tuition and our credit momentum initiatives, 60% of new students are leaving orientation registered for 15 or more credits.  Given the correlation between higher rates of credit momentum and student success, the progress we have made in these areas are significant positive leading indicators for future student success.

This year, MSU committed to replace its decades-old, homegrown student information system (SIS).  Oracle’s Campus Solutions 9.2 is being installed to replace the old system.  The students who start at MSU in the fall of 2020 will be the first to have their entire student record recorded in the new system.  At the same time, we have committed to launching a co-curricular record, My Spartan Story.  Combined, the official student record and the co-curricular record, will empower both students and the institution with a great deal more information and with new abilities to demonstrate the depth and breadth of students’ experiences. These are major investments in the future of both our students and of MSU.

This fall we look forward to the arrival of new members of the MSU community.  We are on track to welcome the largest class of first-year students in the university’s history, and it will be just as diverse as was last year’s record-breaking class.  We will welcome about the same number of international students and Michigan residents, but more domestic out-of-state students, as was our strategic goal in this year’s admissions efforts.

We will also welcome Dr. Samuel Stanley, MSU’s new president, to campus later this summer.  When he was introduced to the campus late last month, Dr. Stanley stated that he was impressed by the “really good progress” MSU had made in the area of student success and well-being, and he described the student success reforms at SUNY Stony Brook undertaken while he was president:  “We were able to eliminate the gaps between black and white students in graduation rates,” he told the State News, “eliminate the gaps between white and Hispanic students with graduation rates and we eliminated the gaps between Pell (Grant) eligible students and non-Pell students with graduation rates.”  We look forward to partnering with him as we continue our work on closing opportunity gaps at MSU.

Finally, I want to describe some of the progress we have made in improving the relationship between MSU and its neighbor to the west, Lansing Community College.  LCC and MSU have often partnered on a small scale to cultivate opportunities for students over the years, most notably with articulation agreements like the ones the College of Agriculture and Natural Resources has with LCC.  Too frequently, the partnerships were predicated on relationships between individuals at the two schools, and when someone retired or changed jobs the programs would often falter.

Over the last six months, Janet Lillie, MSU’s Assistant Vice President for Community Relations, has worked with colleagues from both Michigan State and Lansing Community College (LCC) to deepen and broaden the pathways for students from LCC to MSU.  Beginning next month, two Neighborhood advisors will each spend one day a week in LCC’s advising space, meeting with students and supporting their efforts to leap Michigan Avenue and transfer to MSU.  We are also developing plans for Envision Green, a program that would craft prescribed pathways for students to transfer from LCC to MSU.  Our goal is to build a program that will empower students with both information and assurance, so that they know what they need to do to make the economically and academically wise decisions that will help lead them to successful careers.

With New Student Orientation nearly half complete, our newest students have already begun to embrace their identity as Spartans.  At the same time we are beginning to understand the impact of our efforts on their experience and success.  We look forward to continuing to welcome all members of the Spartan community to campus over the next couple of months.