Math Reform by the Numbers 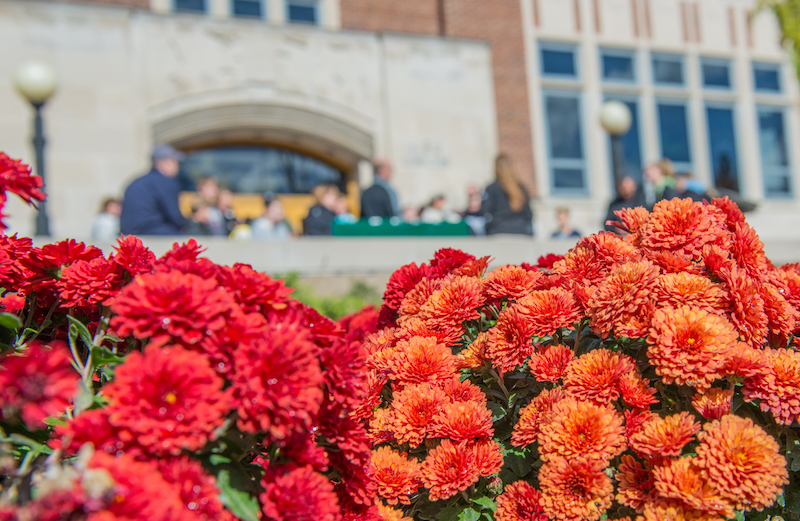 Leading indicators, like end-of-first-semester probation rates and credit momentum, can show us the more immediate impact of reform efforts.

Leading indicators correspond with improved long-term outcomes and provide guidance as we craft and evaluate strategies for improving student learning and success.  For example, students who end their first semester at MSU on probation are three times more likely to leave MSU without graduating.  Similarly, students who complete 30 or more credits in their first 12 months at MSU have six-year graduation rates that are more than 13 percentage points higher than similar students who completed fewer than 30 credits in their first year.  We are seeing improvements in our leading indicators, and they are beginning to be followed by improvements in lagging indicators like graduation rates.  In both the leading and lagging indicators, we are seeing a rising tide of student success at MSU and the closing of many of the largest opportunity gaps among our students.

One particularly successful reform has been the work our colleagues have done to reform the developmental and gateway mathematics courses at MSU:  MTH 1825, MTH 101/102, and MTH 103.  Nationwide, these type of courses have proven to be an insurmountable barrier for many students.  As a recent article in The Chronicle of Higher Education, “The End of Remedial Courses,” explained, large numbers of students are judged to not be ready for college-level mathematics courses.  “Traditionally, these students have been directed to remedial classes they have to pay for, but don’t get academic credit for.  One study by the [Community College Research Center at Columbia University’s Teachers College] found that, of students referred to the three levels of remedial math, only 17 percent completed the sequence within three years.”

MSU’s developmental mathematics class was MTH 1825, and it had many of the same problems that plague developmental courses elsewhere.  Among alumni, MTH 1825 looms large in many of their memories and for good reason.  In Spring 2018, the last semester MTH 1825 was taught, the mean grade in the course was 1.81 and only 62% of the students who took the class completed it with pass/non-repeatable grade.  For STEM students at MSU, the developmental pathway has been particularly problematic.  A study of the 2007 entering cohort of MSU demonstrated only 6% of the students who were assigned to take MTH 1825 successfully completed STEM degrees at MSU.  In fact, students themselves had called for a reform of the university’s developmental mathematics course.

Our colleagues in the Department of Mathematics worked to resolve these problems in several ways.  First, they created the quantitative literacy course sequence of MTH101 and MTH102 for students pursuing majors for which the mastery of calculus was not appropriate or necessary.  Some students who would have been required to take MTH 1825 were allowed to take MTH 101 and MTH 102 without first completing MTH 1825.  The pilot data showed that they performed just as well – in some cases better – than peers who had successfully completed MTH 1825.  The developmental course was therefore judged to be unnecessary, and it was removed as a prerequisite for MTH 101 and MTH 102 for students who scored less than 10 on the Mathematics Placement Exam.  Substantial increases in the numbers of seats available in MTH 101 and MTH 102 this year and the removal of MTH 1825 as a prerequisite have opened opportunities for many more MSU students to take advantage of the quantitate literacy courses.

At the same time, analyses by MSU’s Office of Institutional Research demonstrated some of the students who were pursuing STEM degrees and had been placed in MTH 1825 would likely have been successful in MTH 103 even without having to take MTH 1825 first.  Other data from the Dow STEM Scholars program likewise suggested that with appropriate support the students who had previously been placed in the developmental mathematics course could be successfully supported to succeed in MTH 103 with other kinds of preparation than was provided by MTH 1825.  In fact, some of the data from the Dow STEM Scholars suggested that MTH 1825 might actually be causing students to perform worse in MTH 103.  This data and analysis motivated us to move a large number – 375 students – out of the developmental pathway and directly into MTH 103 in Fall 2018.

Even with the new quantitative literacy pathway and after moving a number of students directly into MTH 103, there were still 700 incoming students who would have had to take MTH 1825 in Fall 2018.  There was little doubt that MTH 1825 was problematic at best, and there was a growing desire to replace MTH 1825 with a course that provided students the support they needed to be successful at MSU.  Our colleagues in the Department of Mathematics created MTH 103A and MTH 103B, a two-course college algebra sequence that provides just-in-time background learning to support students’ learning of college-level algebra.  At the same time, MTH 103 has been reformed to allow students to better learn and succeed in the class.

The outcomes from the fall 2018 semester demonstrate that MSU’s mathematics reform effort is a tremendous success.  We see improvements in outcomes - as measured by final grades - in both MTH 103 and in MTH 103A (as compared to MTH 1825).  Moreover, these improvements were also experienced by students who self-identified with the groups who, in the past, have had the largest opportunity gaps.  Of course, these initial outcomes may have been positively influenced by the energy and attention paid to the classes as part of the reform effort, and the true test of the value of the reforms will be measured in students’ learning and success in subsequent coursework.  Nonetheless, the initial results are impressive.

Changes in the way MTH 103 was taught reduced the percentage of students who failed the course or who had a pass repeatable grade (students who received a 1.0 or 1.5 and could retake the course if they chose) by about 13 percentage points. A total of 375 students who would have previously been placed in MTH 1825 in prior years were instead placed in MTH 103 in Fall 2018.  Their pass non-repeatable rate (students who received a 2.0 or higher and were not eligible to retake the course) was nearly the same as the class average and 2.7 percentage points higher than the prior year’s overall average.  Similar or greater improvements in the pass non-repeatable rate were seen among the African-American/Black students and the Latinx Students who took MTH 103 in Fall 2018 compared to Fall 2017.  So, in MTH 103 we are seeing both a rising tide and a closing gap

The newest version of MTH 103A also showed dramatically improved student outcomes.  Overall, approximately the same percentage of students passed the courses despite the fact that 375 of the better prepared students were moved out of MTH 103A and into MTH 103.  In addition, African-American/Black and Latinx students had slightly higher pass rates in Fall 2018 compared to prior years’ offerings of MTH 1825.

All of this is a long and detailed way of saying “NICE WORK!” to our colleagues in Mathematics.