As part of First-Generation College Student Celebration Week, the Office of the Provost presents a series of reflections from first generation faculty and staff.

Burton A. Bargerstock is executive director of the Office for Public Engagement and Scholarship, director of Communication and Information Technology, and special adviser to the Associate Provost for University Outreach and Engagement.

Why did you decide to go to college? 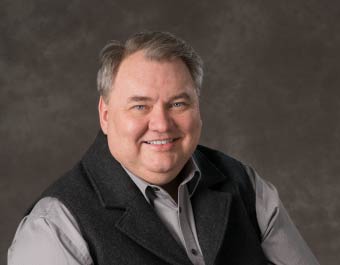 You know it’s funny, but I don’t recall it being much of a decision. As early as I can remember there seemed to be an expectation that I was going to go to college. Both of my grandfathers worked in factories and my grandmothers worked in the home. Before them, my family formed a long line of folks who worked in farming and other kinds of hard physical labor.

Still, there was a sense of something that I believe they thought of as progress, with each generation reaching a greater measure of financial security than the one before it. My parents, early baby boomers, were both so bright and clearly bound for higher education. My dad once told me he had hoped to become a lawyer, and I could easily imagine my mother pursuing archaeology, a subject in which she has remained interested throughout her life. Unfortunately, their plans for college were ultimately derailed. My father went to work in Detroit’s auto plants and my mother worked in the home and in occasional part-time jobs.

I grew up aware of their sense of missed opportunity, and in my father’s case, of deep alienation with his working life. As my parent’s oldest child and the first grandchild on both sides of my family, there was simply never a question that I was going to be the first to go to college. It felt like a duty I owed to a family that had worked so terribly hard to get me there. It was certainly not a harsh duty because I really liked school. I think there was also a communal sense among the men with whom my father worked about the importance of one of their kids heading off to college and away from factory life. I remember dozens of them joining my family in a high school graduation party for me, in part a celebration and part an opportunity to feed my college funds.

So, what did I decide? I decided where and what to study. Coming from a family without experience in such things, these decisions were largely left to me. My choice was James Madison College at Michigan State University and its political philosophy major. The faculty, my classmates, and the ideas with which we engaged taught me so much that continues to resonate all these years later. The University’s long-standing commitment to increasing access to higher education for people like me and an ever-widening diversity of students also felt personal. Those four years of study were remarkable and really did prepare me for a life of continued learning and multiple careers. I remain incredibly grateful for the opportunity that my family, friends, and many gifted scholars have afforded me.

Learn more about MSU's designation as a First-Gen Forward institution, network with other first-generation faculty and staff, and get swag from the First-Generation Student Success Project team here.