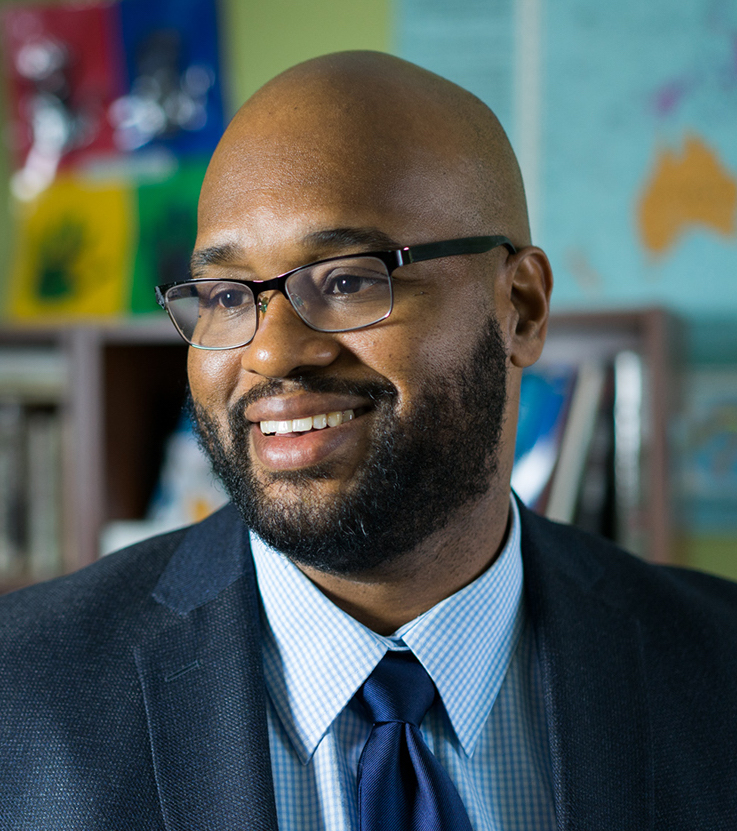 Dr. Chambers joined APUE in June 2019 after completing his previous role as Director of the African American and African Studies Program (AAAS) here at MSU. As an associate dean in APUE, Dr. Chambers leads projects associated with the implementation of the new student information system related to the Office of the APUE or the Graduate School and those that involve academic governance processes.  In addition, he engages relevant academic and administrative units to make policy changes necessary to advance undergraduate and graduate student success in the wake of the new student information system.

In addition to his work in APUE, Dr. Chambers is an associate professor in the History department. As a historian of the Modern Caribbean specializing in the former British colonies post emancipation, his work focuses specifically on the social and cultural history of African descended populations during the period between the Spanish American War and WWII and the political and economic expansion of the United States into the region, its impact on local populations, and the immigration/migration patterns that emerged as a result of changes to the labor situation of everyday citizens.  Initially this work focused exclusively on West Indian immigrants to the Republic of Honduras due to the growth of the U.S. dominated banana industry. However, his work has transitioned in recent years to include Caribbean and Central American populations on the U.S. Gulf Coast, specifically, New Orleans, Louisiana. Dr. Chambers is the author of two books: Race, Nation, and West Indian Immigration to Honduras, 1890-1940 (Baton Rouge: Louisiana State University Press, 2010) and From the Banana Zones to the Big Easy: West Indian and Central American Immigration to Honduras, 1910-1940 (Baton Rouge: Louisiana State University Press, 2019). He has also co-edited a book, New Frontiers in the African Diaspora (East Lansing: Michigan State University Press, 2018) in addition to articles in academic journals.