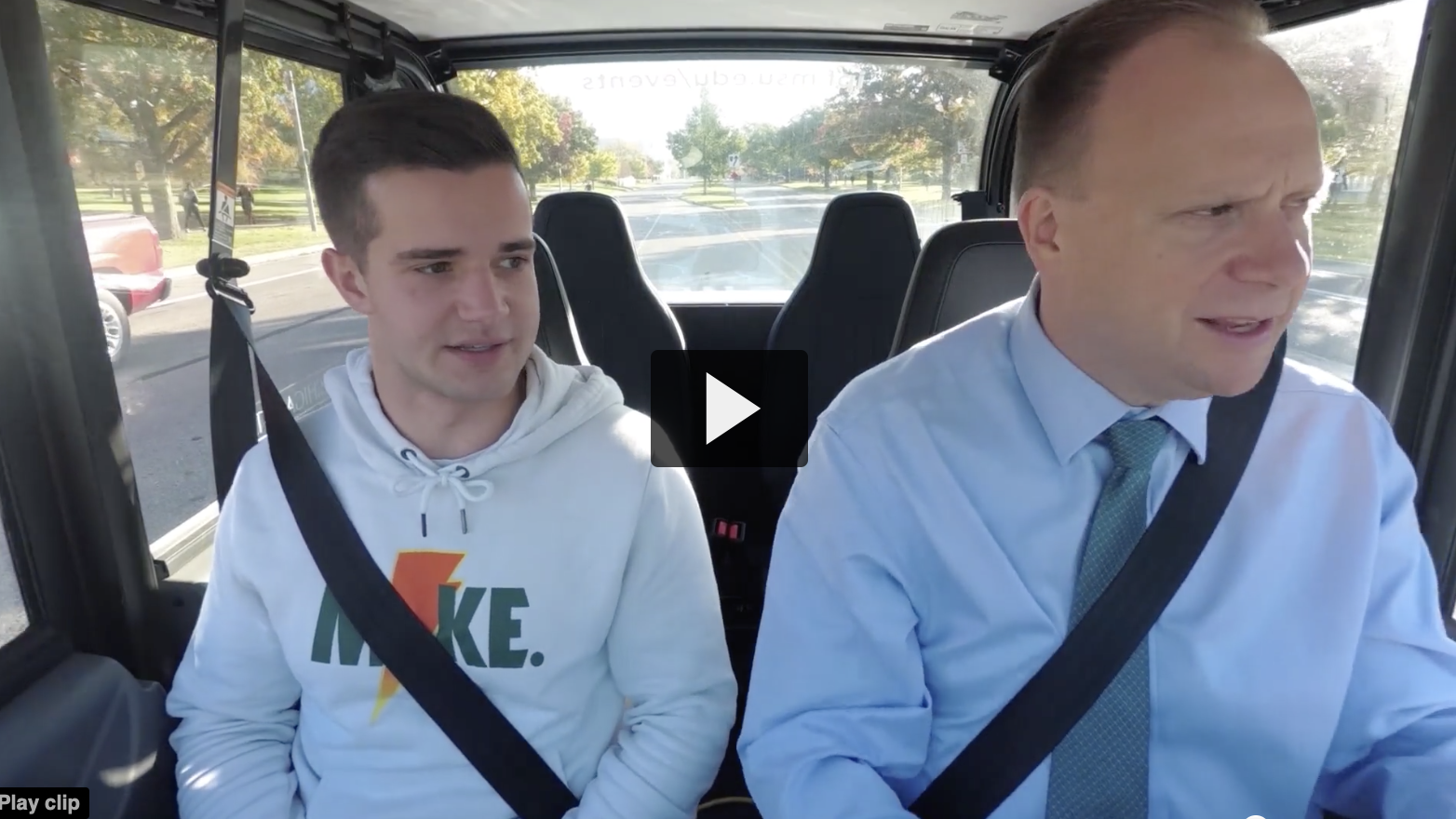 View the second episode of the Student Success Express!

We were happy to see that, once again, Michigan State University’s six-year graduation rate ticked up another point this year and now stands at 81%.  While most people think of college as a four-year endeavor, the federal government reports graduation rates at 1.5 times the intended length of the program.  This allows them to record the vast majority of people who will eventually graduate from a given institution and thus have a more accurate measure of an institution’s success at graduating its students.

As graduation rates have improved, we have also seen opportunity gaps at MSU shrink.  Graduation rates for Pell-eligible as well as first generation students, and students of color have risen even faster than the university average.  For example the 2007 entering cohort graduation rates for international students were 15 percentage points lower than the university average.  Today, that gap stands at less than 2 percentage points.  But there is still a great deal of work to be done, as opportunity gaps remain for many sub-groups of students.

It is difficult to imagine having to wait six years to see if and how the reforms we are making today will impact MSU’s graduation rates.  Thankfully, we have developed several leading indicators of student success.  For example, we have learned that students who end their first semesters at MSU in good academic standing are nearly three times more likely to graduate than are students who are on probation at the end of their first semesters.  We have seen dramatic decreases in end-of-first-semester probation rates.  After the fall 2019 semester, the overall end-of-first semester dropped 1.1 percentage points to only 5.6%.  We saw substantial gains among the groups of students who had higher than average end-of-first-semester probation rates:  In only one year, rates dropped for Pell students from 10.1% to 7.5%, for domestic out-of-state students from 9.9% to 8.3%, for first generation students from 10.8% to 7.9%, and for students who identify as African American/Black from 14.3% to 9.0% or Hispanic/Latinx from 10.2% to 8.2%.

We are seeing a rising tide of student success and a closing of the opportunity gaps in both our leading and our lagging indicators as a result of the campus-wide, concerted focus on student learning and success.

Credit momentum is another valuable leading indicator, and we have demonstrated that students who complete 30 or more credits a year have higher persistence and graduation rates than very similar students who work at a slower credit momentum rates.  Since the start of the “Go Green, Go 15” credit momentum campaign three years ago, the average number of credits taken each semester has increased by about 0.2 credits each year.  The implementation of flat rate tuition last fall corresponded with an increase of 0.6 credits per student each semester.  Higher rates of credit momentum, lower rates of probation, and higher graduation rates all demonstrate that MSU’s concerted effort to improve student success is improving the outcomes for our students.

The leading indicators of student success also provide us some guidance as we continue to make reforms.  For example, through our work in the MSU residential neighborhoods, we know that when a student requests a roommate change during their first year at MSU, their attrition rate nearly doubles.  That means that students who have conflicts with their roommates are nearly twice as likely to decide not to return to MSU for their sophomore year.  This type of data-informed engagement between academic affairs and residence education deepens our understanding about how important students’ experiences outside of the classroom are to their sense of belonging, learning, and success.

Combined, all of these indicators encourage us as we work collaboratively for student success at MSU.  Our efforts are helping MSU fulfill its responsibility as a Land Grant institution, and they demonstrate our commitment to the belief that every student MSU admits has the capacity to learn, thrive, and graduate.